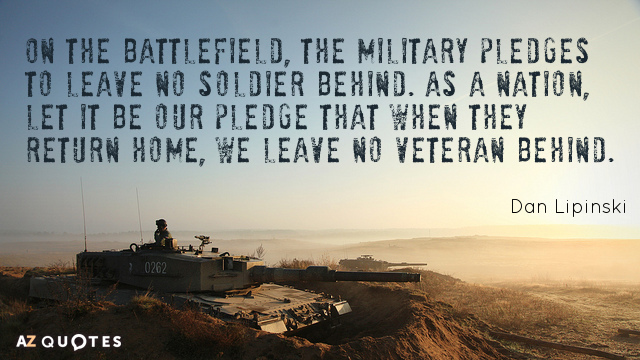 My name is C.J. Murray (Former. SPC U.S. Army & U.S. Army National Guard) I served 9 years total in the Military. I served 3 tours of duty
overseas during Operation Iraqi Freedom. Throughout my time of service I had a medical profile due to my back condition that was further
injured during duty. I was told by a medical officer that if I had
chosen to be medically discharged I would lose my Montgomery G.I. Bill
so needless to say I chose to continue serving despite the pain I was
in.

I was in the S-1 office and worked in the headquarters. My MOS was
human resource specialist however keep in mind every soldier’s first
duty before their MOS is Infantry. Over the years I developed tinnitus
in both ears from shooting at the range. During deployments I did
office work but I did many things such as tower guard duty, driving in
convoys, etc.

During my tours overseas, Hurricane Rita & Hurricane
Gustav hit Louisiana and damaged our home which the insurance refused
to pay for repairs & FEMA would not help because our home was not
totally lost so we were stuck with the burden of repairing it out of
pocket. I was transferred to Riverdale Amory New Jersey after I joined
the National Guard. I moved my mom & sister to NJ after my mother
retired from her state job, she was in bankruptcy so we could no
longer afford the mortgage on our house (we had a 4 bedroom 2 bath
home on half an acre of land) we had my dad medically transported as
well. When we first moved to NJ we were living with my Aunt at first but had to leave because her landlord threatened to evict her because we were living with her, making us homeless.

Coming home & trying to re-adjust to civilian life is very hard for me. A LPN at the VA said it sounds like I have PSTD after evaluating me.I am under a tremendous amount of stress which has triggered headaches & I have mood swings but I do my best to be strong for my family. I have injuries to my shoulder, back, hands, knees & ears all which occurred during my years of service that bother me daily & have not improved.

I am considering getting a Lawyer to obtain my VA compensation as well as an appeal on a decision. My mother & sister were left here to care for my sick father who was hospitalized with dementia & several other illnesses while I was deployed those 3 tours of duty. My sister (who has Medical Problems) had to handle everything on her own as he was placed in a nursing home where he was neglected by the nursing home staff & died of complications due to an infection from a bedsore that eaten through his flesh all the way to bone. He died November 14, 2011. On top of losing my father, a few months later in April 2012 we found out my Mom has Stage 2 Breast Cancer that had spread to her lymph nodes. She has undergone treatment (Surgery, Chemotherapy & Radiation) & is still in Treatment all which have taken a heavy toll on all of as we are still grieving for losing my Dad.

During Hurricane Sandy the power was out in the building & we were stuck in the cold with no way for my Mom to get to chemo appointments because the elevator was out. I was so scared being that she was in a fragile condition which just made me realize we need a home so in times of crisis we wouldn’t be trapped. We as a family have been through hell & back and all I want for us at this time is to have a home we can call our own again. I miss seeing my Mom & sister smile & be happy sitting in our yard on nice days. It hurts my heart to see them cry because we have lost so much & dread the thought of us being homeless again or trapped in this 2 bedroom apartment where we are all miserable. Another thing you should know is that the Building Owner is threatening to
Evict us because we can no longer afford the rent because he unfairly increased it making us homeless again.
Recently I tried to apply for VA Loan but was denied because of Credit Score. I can’t believe that I have reduced to number and I cannot get the Home my family so desperately need because of it. I feel I have become invisible & my voice silenced because everyone we reach out to turns us away.

I know you don’t know me personally but I hope by sharing my family’s story will give you a glimpse into who my family & I are. We are a proud military
family who have sacrificed a great deal & are in dire of compassion in
our time of need. Please do not treat us with the same callous mindset
like others have done & disregard us. We have reached out to the VA, Local, State Agencies all who have said we are not eligible to receive help from them. We reached to “so-called” charities that are supposed to help Military families only to be turned down & all we get is an empty “I’m sorry”.I know there are thousands of Wishes like mine but I am asking you not only as a Veteran who has served his country with pride but as a
young man who has stepped into his father’s place as man of the house
to support my family to please find it within your heart to grant our Wish to receive a new home so we can start putting the pieces of our lives back together & most of all begin to heal spiritually, emotionally, mentally & physically. Thank you for your time & consideration.