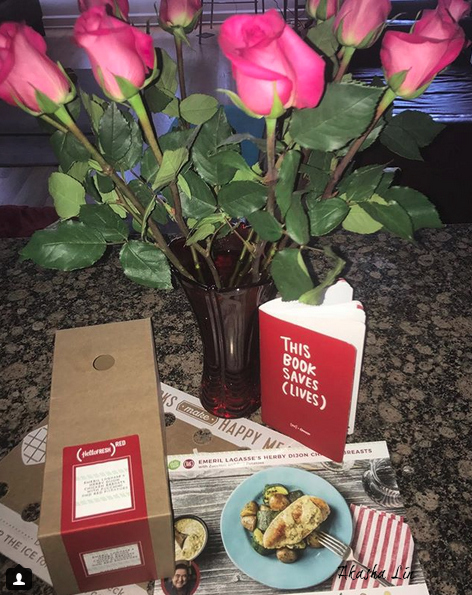 “We can end AIDs but only if we work together: 20 million people are alive today due to programs that fight against infectious disease. Find out how you can help at ONE.org.” ~Shawn Phetteplace, Great Lakes Regional Field Director for the ONE Campaign

I’m proud to say that our Future Entrepreneurs blog on empowering and inspiring women continues to resonate with readers. We aligned with the ONE Campaign and to celebrate #DayofTheGirl (Oct 11). http://thewishwall.org/desideri/future-entrepreneurs-empower-girls-women
This synergy sparked a great wave of empowered stories with the #MeToo movement that same week. Both of these stories continue to develop.

During a busy summer on tour, I met ONE Campaign members in 3 states, and then reconvened with my Chicago ONE Campaign team. We met with Kyle, the ONE Congressional District Leader IL-05, and connected with Shawn to discuss our campaign to protect life-saving programs to help end AIDs. Our team aligned efforts to make sure that the Global Fund and PEPFAR are fully funded into next year as team members wrote letters to Senator Dick Durbin and Senator Tammy Duckworth.
In my letters, I mentioned that I’ve been doing the #86AIDs campaign with (RED) and my Italian friends to support the effort to #EndAIDs for the last 3 years. The photo above is from one of the dinners I cooked with a photographer friend as part of the campaign.

In the last decade, the world has made remarkable progress in the fight against AIDS — due in no small part to the United States’ compassion and leadership in the global response. We are finally getting ahead of this deadly disease thanks to U.S. bipartisan-led initiatives like PEPFAR.
We wrote letters to our senators because we don’t want to see this progress unravel. Simply put: if the U.S. cuts back its HIV/AIDS efforts, the AIDS crisis will get a lot worse. We can’t let that happen, not when we’re finally getting ahead of the disease. We hope to hear back from our senators and to see the funding in action.

Ensuring the Right to Health

“In a very divided America, this is one issue that left and right can take equal measures of pride in the success of the fight so far against HIV/AIDS” – Bono, Co-Founder, ONE and (RED)

When the members of the rock band U2 were young Irish lads, they made a pledge to each other that has remained steadfast throughout their decades-long run as rock stars. But U2 frontman Bono said the band is now willing to break that promise in order to raise money for his (RED) charity in the fight against HIV/AIDS.
“U2 made a pledge early on, as teenagers actually, when we formed the band that the one thing we would never ever do — and it was a sacred pledge — was to play golf,” Bono said in a recent interview with Associated Press. “We didn’t think it was rock ‘n’ roll.”
The chance to play a round of mini-golf with one of the world’s most popular rock bands is just one of the once-in-a-lifetime celebrity experiences that are being raffled off at Omaze.com/RED as a part of the (RED) Shopathon campaign for World AIDS Day on Dec. 1.
For a $10 donation by Jan. 18, you get a chance to work out with Charlize Theron, go to a movie premiere with Reese Witherspoon, or visit Seoul with K-Pop star Taeyeon.

Thank you for uniting for World AIDs Day. We wish you good luck in your quest to play mini-golf with “the Larry Mullen Band” or in catching that movie premiere with Reese!

End on an entrepreneurial note:
Yes, I’m out as a true blue U2 fan. I have been polishing a scene or two for them in my Davanti thriller series. ICYMI: Brush up on “The Art of Making an Entrance”: http://thewishwall.org/desideri/the-art-of-making-an-entrance
Take Pride in Your Craft
U2 refuses to rush its albums. The band playfully admitted that they went on tour to get Edge out of the studio for some key perspective. U2 seems aware of its singular status as a rock band that has started its fifth decade with their original lineup — and is still selling out arenas and stadiums. The band members constantly weigh both their past and their determination to move ahead. U2’s ambitions are high-minded and scaled as grand as the largest areas. Their attitude remains earnest, with the patience and pride of their craft. U2’s “Songs of Experience” is officially release on December 1, 2017. Worlds AIDS Day; this album plays as a bookend to “Songs of Innocence” (2014) and tour adventure continues in 2018.

So, what can you use from your last big project (experience) to launch your new chapter?
What elements will connect your story as an entrepreneur and brand?

We welcome your comments below.