To the Moon and More 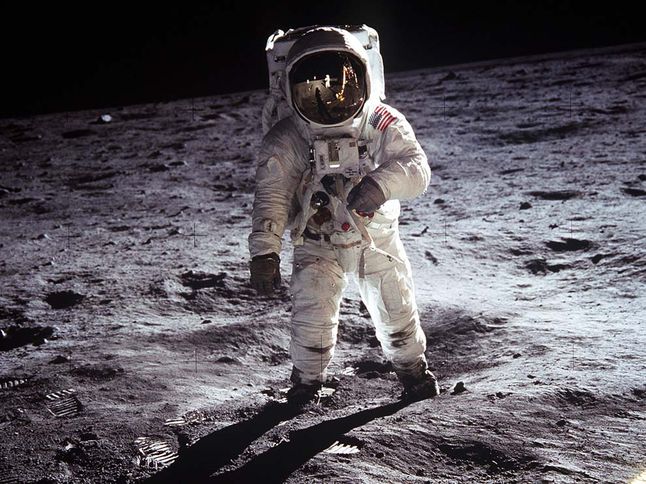 18 Jul To the Moon and More

“There are places to go beyond belief.”~Neil Armstrong, the first human to walk on the Moon

Did you know that we owe our current digital age to the 1960s Space Race?
This summer, on July 20, 2019, we will mark the golden anniversary of the first-ever Moon landing. And future space exploration will probably surpass the 1969 original.

The world’s race to the Moon in the 1960s was a spectacular achievement in technology, engineering, and politics–by some measures, one of the great achievements of human history. It changed the world we live in today, even if it didn’t create routine space travel.
What’s remarkable is how much we’ve forgotten about the effort! As a society, we know that in 1961 President John F. Kennedy presented the audacious goal of getting to the Moon by the end of the decade. We know that Neil Armstrong was the first person to set foot on the lunar surface in July 1969.

What may have lost much in between, the fascinating details of the effort that took us from dream to reality. Did you know that we knew so little about space at the time of Kennedy’s speech that we didn’t know for sure if our brains would work in space? [
The eight years between President Kennedy’s challenge and the actual Moon landing produced an unprecedented blossoming of innovation, creativity, public attention (and then public inattention), innovative management, intensity, suspense, discovery, and politics. We think we went to the Moon and all we got was Tang, Velcro, and space watches…because we’ve lost the perspective of how the Apollo project laid the foundation for the digital age in which we now live and work.
The Apollo Moon landings were an extraordinary undertaking, but they were the work of smart, ordinary people here on Earth.
I wish that the effort that went into the moon landing will help use overcome problems we face today, from economic inequality to climate change. The Moon can light the way.
Yes, I’m a believer. If you heard somewhere that the moon landing was faked, take a look at these points that show it really happened: https://www.space.com/12814-top-10-apollo-moon-landing-hoax-theories.html

We often use the phrase “Well, if we can put a man on the moon . . .” as a spark to tackle our Earthly problems. So, you’ve already taken the first step by reading this: Shift your perspective. ICYMI, here are 4 other ways to eclipse your competition:
http://thewishwall.org/desideri/future-entrepreneurs-eclipse-your-competition

Content inspired by NASA and Fast Company discussion. Photo of Buzz Aldrin on the moon by Neil Armstrong.
Thanks for reading and we welcome comments below!