RBG: Lessons that live on 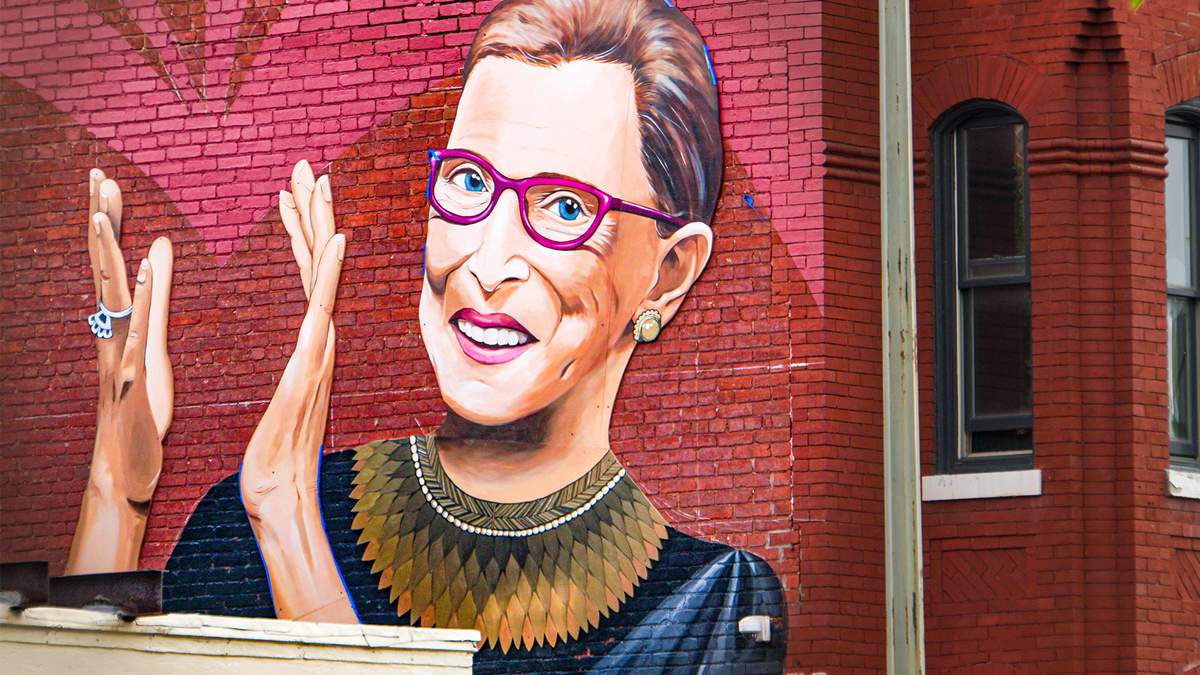 24 Sep RBG: Lessons that live on

“My mother told me to be a lady. And for her, that meant be your own person, be independent.” ~Supreme Court Justice Ruth Bader Ginsburg

RIP, RBG!
We have honored Notorious RBG a few times before. ICYMI: http://thewishwall.org/desideri/rbg-in-action
Now we honor her passing…may she rest in power. The late Justice Ruth Bader Ginsburg will become the first woman to lie in state at the U.S. Capitol this week. She is only the second justice of the Supreme Court to be honored in this way.

Let’s take a closer look at 5 RBG Lessons that live on:

1) Don’t be afraid to get out in front of causes that are meaningful to you
Ginsburg was a dogged advocate for women’s rights, especially after the uphill battle she experienced while getting her own education and starting her career. After graduating from the top of her class at Cornell, she was one of nine women in her class at Harvard Law School in 1956. While at Harvard, she simultaneously was raising her 14-month-old daughter while dealing with a sexist dean who actually asked her how she could “justify taking a spot from a qualified man?”
After she graduated from Columbia — where she had transferred from Harvard — she was rejected from the first 14 law firms she applied to because she was a woman. But she kept going. In 1970, Ginsburg founded Women’s Rights Law Reporter, the first law review in the United States dedicated to legal issues around women’s rights. Two years later, Ginsburg founded the ACLU Women’s Rights Project.

2) Stretch yourself to achieve your goals
Ginsburg is nothing if not determined. Back in the ’60s, she casually learned Swedish to co-author Civil Procedure in Sweden. The justice’s workout routine is famous for its consistency and rigor. Ginsburg hit the gym with her trainer every day and puts herself through the paces, with machine pulldowns, medicine ball push-ups and wall squats. Not even a diagnosis of pancreatic cancer could slow Ginsburg down (for 9 years).

3) Find a partner that supports you, and vice versa
Ginsburg was married to her husband, Martin, for 56 years until his death from cancer in 2010. For many years, after the retirement of Sandra Day O’Connor, Marty, as he was called, was often the only man in the group of Supreme Court spouses, but he was famously unfazed by it. Ginsburg called him her best friend, and when asked by Katie Couric why their marriage was so successful, she had this to say: “You can’t have it all, all at once. Who — man or woman — has it all, all at once? Over my life span I think I have had it all. But in different periods of time things were rough. And if you have a caring life partner, you help the other person when that person needs it.”

4) Pay it forward
From her position on the bench of the highest court in the land, Ginsburg fought for women’s rights — especially in her own workplace. Case in point, Ginsburg had this to say about the demographic breakdown of the court during a 2015 talk at Georgetown: “People ask me sometimes, ‘When do you think it will be enough? When will there be enough women on the court?’ And my answer is when there are nine.”

5) Leave the world a better place than it was when you found it
When asked by Irin Carmon what Ginsburg would like to be remembered for, her answer was simple. “Someone who used whatever talent she had to do her work to the very best of her ability. And to help repair tears in her society, to make things a little better using whatever ability she has. To do something, as my colleague David Souter would say, outside myself. ‘Cause I’ve gotten much more satisfaction for the things that I’ve done for which I was not paid.”

This week we celebrated voter registration day as well.
And while we’re here, make sure you’re registered to vote so your voice can be heard.
https://www.rockthevote.org
Thanks for reading and welcome your comments below:
Akasha Lin
Akasha Garnier for #TheWishwall
Author, Brand Expert, Filmmaker
http://www.akashagarnier.com
#ShineThroughtheNoise
Read more inspo: http://thewishwall.org/future-entrepreneurs