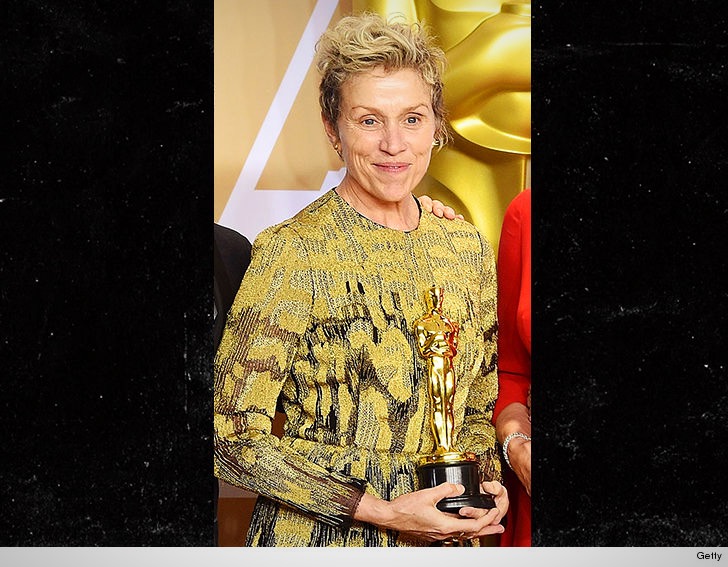 Spirit Awards Setting the Stage
The humor was dry but the ground was very wet at the Film Independent Spirit Awards on Saturday, where stars of independent film were celebrated inside a chilly tent on the beach.
The show, as is tradition, is held a day before the much more formal Academy Awards on Sunday. And, as has also become something of a tradition, it tends to honor many films that are also awarded with Oscars. (Last year, Moonlight won at the Spirit Awards before it took home the Oscar best feature. Spotlight set the stage with their win. And Birdman and even 12 Years a Slave before that.)
Comedians John Mulaney and Nick Kroll returned to Santa Monica to host this year’s ceremony, which took place just after a rainstorm. The duo laucnhed the ceremony with an unfiltered monologue about disgraced Hollywood figures such as Harvey Weinstein, Brett Ratner, Kevin Spacey, and Woody Allen.
The social thriller Get Out was recognized as the best feature film, and Jordan Peele won the best-director award for helming the picture. Peele also received a standing ovation and the loudest applause from the crowd of actors and filmmakers during the show.

The Bonnie Award, in it’s inaugural year, is inspired by Bonnie Tiburzi Caputo, the first female pilot for a major U.S. airline, American Airlines.
Chloe Zhao, who produced, directed and wrote the Western drama “The Rider,” won the Bonnie Award, given to recognize a “mid-career female director”. Congrats Chloe!

From the Art of Making an Entrance to Inspiration.

K. Patrick Tutera, actor/filmmaker of “The Last Hurrah”, a highly-stylized film noir, and I finished a photo shoot and toasted some of our successes with Piper champagne on our way to the Oscar soiree. U2’s “The Showman” was our arrival song to set the mood (read more about “The Art of Making an Entrance” http://thewishwall.org/desideri/the-art-of-making-an-entrance).

Patrick and his film are currently in festival. I was honored to help him celebrate his “Best Short” win in the 1st ever year of the Hollywood Independent #FilmFestival! Check out Patrick’s film and lively Oscar commentary: https://twitter.com/LastHurrahFilm Salute Patrick! I celebrated MarCom Award wins and my Davanti thriller interview launched from from Rome.

This year we made important strides in diversity and gender equality. There wasn’t much discussion of such efforts, except for a handful of jokes from host Jimmy Kimmel and some pointed jabs from socially minded presenters who used the most of their few seconds in the spotlight. And then Frances McDormand took the stage and claimed her Oscar and with an important call to action.

Overall, history was made and lessons were learned. Voila, let’s take a look at some of the defining moments of the 90th Academy Awards:

1. Viva, Latin America! One of the best moments of the night was a blink-and-you’ll-miss it hug between Mexican actor Gael García Bernal and Guatemalan-American actor Oscar Isaac. Coco had just won the Academy Award for Best Animated Feature, in which Isaac had proudly exclaimed, “¡Viva Latin America!” — and the two shared a warm embrace on the Oscars stage as Pixar producer Darla K. Anderson took the mic. For an animated film like Coco, a film that celebrates the beauty of Mexican culture, to win the Oscar at a time when Trump’s first border wall construction is underway speaks volumes to the night’s overall themes of diversity and inclusion. After all, just an hour earlier the Oscars had been transformed into Santa Cecilia, as colorful neon lights and traditional Mexican dancers flooded the stage for a rousing performance of “Remember Me,” the Oscar-winning song from the Pixar film.

2. Greta Gerwig Shines Through: Despite five nominations, Greta Gerwig’s solo directorial debut Lady Bird, now known as “the best Oscar-nom film that didn’t win”. You wouldn’t know that looking at Gerwig throughout the night. She let her love for movies, and the process of filmmaking shine through on her face in every cutaway shot. She looked like she was genuinely having a good time, rooting on her friends and celebrating cinema. During del Toro’s heartfelt acceptance speech for Best Picture, Gerwig — whose own film had just lost — clutched her heart and mouthed, “I love him.” It’s a promising sign that Lady Bird is just the beginning of her filmmaking career.

3. Breakout Stars: Timothée Chalamet was the darling of the Spirit Awards, but the real breakout star of this awards season is… Kumail Nanjiani? If you only know Nanjiani from his character work on HBO’s Silicon Valley, then chances are you formerly met the Pakistani-American actor on Oscars night and realized, “Hey, this guy’s pretty charming.” Nanjiani and his wife, Emily V. Gordon, may have lost the Academy Award for Best Original Screenplay to Jordan Peele, but he made the most of his moment, taking part in one of the more memorable montages of the night — sharing his endearing observations about diversity in film — and standing in solidarity with the Dreamers alongside Lupita Nyong’o while playfully shading Chris Pine. And his social media followers were treated to delightful highlights from inside the Dolby Theatre, like Emily Gordon answering Best Actress winner Frances McDormand’s call for all the female Oscar nominees to stand with her toward the end of the night https://twitter.com/kumailn/status/970518671662567424

4. Get. Out. It’s the year 2018, and Peele just became the first black writer to win the Oscar for Best Original Screenplay. (For what it’s worth, he also became the fifth black filmmaker nominated for Best Director.) Backstage, he called his work and the exemplary work of his contemporaries — Ava DuVernay, Ryan Coogler, Barry Jenkins, Dee Rees, to name a few — the beginning of a creative renaissance. “I’m so proud to be a part of a time of the beginning of a movement where I feel like the best films in every genre are being brought to me by my fellow black directors.” It’s also telling that Coogler’s Black Panther was a major topic of conversation at the top of the ceremony.

5. Frances McDormand accepted her second Best Actress Oscar (for “Three Billboards Outside Ebbing, Missouri”; her first was for “Fargo”). After thanking her clan she had the most memorable speech of the night: Okay, so I’m hyperventilating a little bit. If I fall over, pick me up cause I’ve got some things to say. So I think this is what Chloe Kim must have felt like after doing back-to-back 1080s in the Olympic halfpipe. Did you see that?…And now I want to get some perspective. If I may be so honored to have all the female nominees in every category stand with me in this room tonight…” See more of this moment:
https://www.harpersbazaar.com/culture/film-tv/a19081077/frances-mcdormand-oscars-speech-transcript-2018/

McDormand said she had “two words” to leave us with: “inclusion rider.” Unless you work in the industry, the declaration probably sent you scrambling to Google. An inclusion rider comes down to this: a stipulation in an actor’s contract that mandates the cast and crew of a film reflect a proportionate number of women and people of color. This means that A-list actors who have a lot of pull in negotiations can demand more diversity not only on set but also in the casting of their movie. So let’s start holding them accountable to do it.

6. Come in: Following in the footsteps of Alfonso Cuarón and Alejandro González Iñárritu, Guillermo del Toro’s Oscar victory as best director for his fairytale romance “The Shape of Water” marked the fourth time in five years that the movie Academy’s top prize for cinema craftsmanship has gone to a Mexican filmmaker. He also won for Best Picture and left us with this gem: “Tell stories about things that are real in the world today. This is the door. Kick it open and come in.”~Guillermo del Toro He directed it to young filmmakers; I would extend that invitation to filmmakers of all ages.

The entire evening was paired with an amazing hospitality, smiles, and an exceptional plated dinner and plenty of stories to tell. When discussing the evening and inspiration I spoke with Elsa Yim, THE HOLLYWOOD ROOSEVELT Food & Beverage Coordinator: “This year we took inspiration from the first ever Oscar awards dinner menu hosted at The Hollywood Roosevelt in May 16, 1929 and took a modern approach to the menu offerings, happy ninetieth anniversary to the Academy.”

After attending for my sixth year, I can certainly see that the event has raised the bar. Kendall Viola THE HOLLYWOOD ROOSEVELT Director of Sales expanded on that idea by adding all the golden touches. The interest in the event continues to grow and they decided to serve a plated dinner instead of last year’s buffet. Patrick commented on the food enthusiastically, and described it as “Beautifully savory. The best game hen I’ve even had!”
We were surrounded by film and production teams from “Dunkirk”, “Coco” and “On Body and Soul” (with the Ambassador to Hungary and his team).

We loved the swanky mood set by The Rosy Trio, The Roosevelt’s house jazz band. Patrick and I continted to celebrate the evening at the Library Bar with the Swedish Film Institute. (I highly recommend “The Square”, their film who won the Palm D’Or 2017.)

I continued our soiree, film and music discussion with the Rosy team over lunch.
I’m elated to share this news: They mentioned that they’d love to sponsor my Davanti (http://thewishwall.org/desideri/dreaming-out-loud-with-u2-friends-u2360gradi-it/ ) thriller launch party in LA and Chicago as an elegant way to bring my Davanti series to life.

Thanks and cheers to Patrick, Elsa, Nicole, Kendall, Denise, Simonetta, Bre and our photographer Albert who helped make this a lively and lovey evening!

For Reservations at The Hollywood Roosevelt check out: https://www.thehollywoodroosevelt.com or 323 466 7000

We hope you find inspiration from the films and this colorful evening.