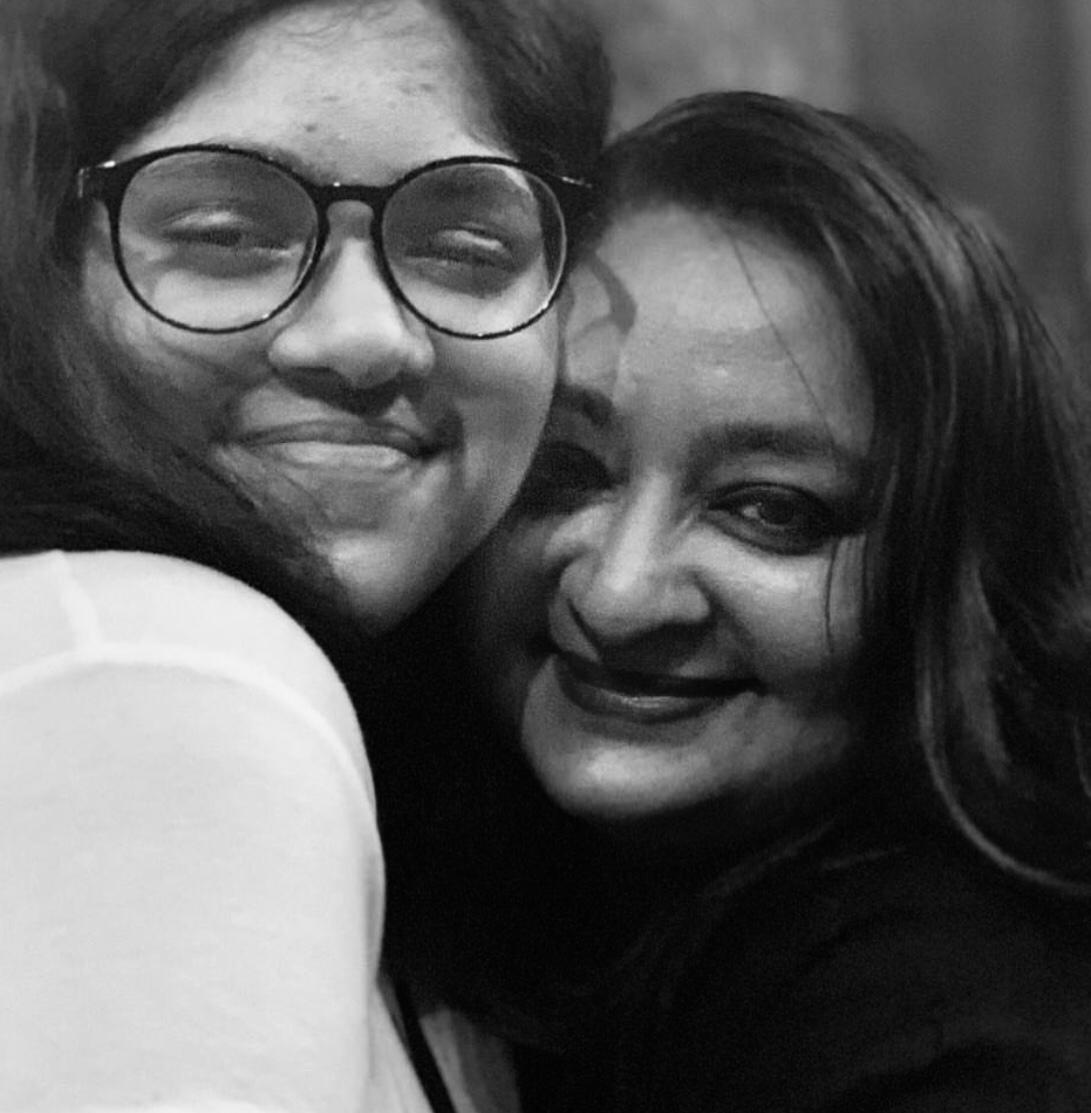 Ever since I was little all I ever wanted was a family of my own – 3 children ( that’s the exact number I had in my mind). I got married in 1999. Life was good. Everything was fine but I just couldn’t conceive. We went to so many doctors, underwent various procedures that failed. I was desperate but nothing seemed to work. One day I was introduced to Dr Nandita Palshetkar, a pioneer in IVF treatment. And then started the painful process. I call it painful because I was one of those who would bawl at the sight of a needle. And here I had to take injections every day, twice at times. The procedure was a success and I tested positive after 9 years of trying to conceive (for the first time testing positive was considered something good). I prayed and prayed for a girl. Everyone would laugh at me saying why not a boy but I was adamant. I had gone for a routine check-up and they discovered that the cord was wrapped very tightly around the baby’s neck. I was admitted right away with surgery scheduled in the morning. That night the sky was so clear with so many stars shining and I immediately told my husband that let’s call our daughter “Tara”. I remember my father walking in early morning and telling me “ dekh na ladki hi hogi”. Three hours later my Tara was born. That was the most precious and will always be the single most happiest moment of my life. I was told later that when they had taken Tara outside to meet my family, they had never seen a family so joyous after a birth of a girl. She is the brightest light of my life and I will never regret going through all the pain that I went through just to have her in my life.
.
.
For more Inspiring Stories, Please do follow us @thisislivingwithstories
.
.
#mothersday #mothersdaygift #love #mother #mothersdaygifts #mom #newbornbaby #happymothersday #gift #birthday #mum #family #mothers #motherhood #mothersdaygiftideas #child #motheringsunday #etsy #valentinesday #happiness #mama #momlife #thisislivingwithstories