INTERNATIONAL DAY FOR THE ELIMINATION OF RACIAL DISCRIMINATION 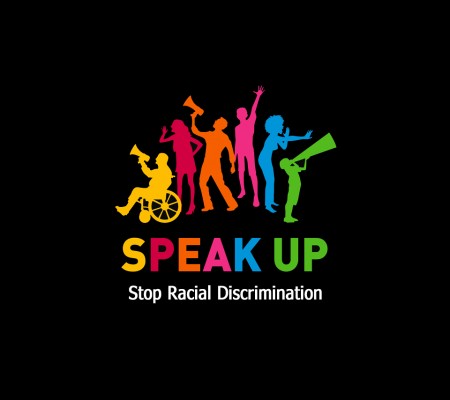 21 Mar INTERNATIONAL DAY FOR THE ELIMINATION OF RACIAL DISCRIMINATION

21 MARCH 2016
INTERNATIONAL DAY FOR THE ELIMINATION OF RACIAL DISCRIMINATION
We need to fight racism everywhere, every day. But on 21 March – proclaimed by the General Assembly as the International Day for the Elimination of Racial Discrimination – all eyes are on the issue.
This year, the International Day is devoted to challenges and achievements of the Durban Declaration and Programme of Action – 15 years after the landmark document was adopted at the 2001 World Conference Against Racism, Racial Discrimination, Xenophobia and Related Intolerance in South Africa.
WE HAVE TO FIGTH EVERY FORMS OF INTOLERANCE AND DISCRIMINATION.
THE DURBAN DECLARATION
Some points:
– Acknowledges that slavery and the slave trade are crimes against humanity, and should have always been so;
– Adopts a victim-oriented approach to problems of racism, racial discrimination, xenophobia and related intolerance;
– Provides specific recommendations to combat discrimination against Africans and persons of African descent, Asians and persons of Asian descent, indigenous peoples, migrants, refugees, minorities, the Roma and other groups;
– Emphasizes the importance of preventive and concerted action, especially in the field of education and awareness-raising, and calls for the strengthening of human rights education;
– Recalls that the Holocaust must never be forgotten;
– Expresses deep concern about the increase in anti-Semitism, and increasing prejudice related to religious beliefs, including Islamophobia;
– Urges governments to provide effective remedies, recourse, redress and compensatory measures to victims and to ensure that victims have access to legal assistance so they can pursue such measures; and
– Assigns the primary responsibility of combating racism, racial discrimination, xenophobia and related intolerance to States;
– Calls for the active involvement of international and non-governmental organizations, political parties, national human rights institutions, the private sector, the media and civil society at large.
“I have a dream that my four little children will one day live in a nation where they will not be judged by the color of their skin, but by the content of their character” Martin Luther King