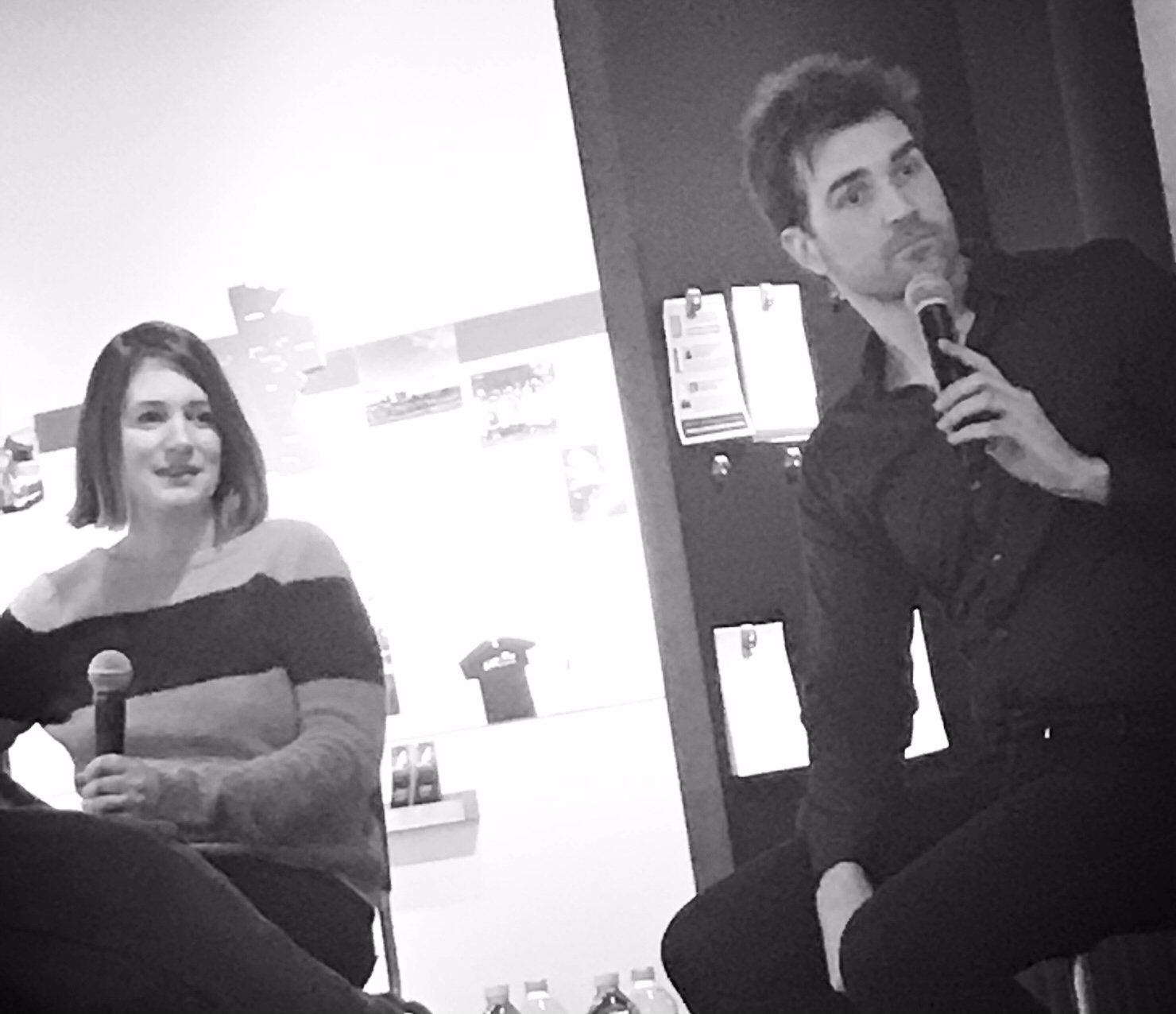 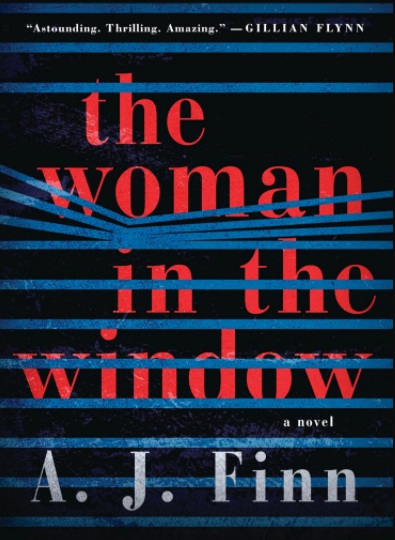 “We learned, we laughed and we can’t wait to get home to finish this book!” ~the American Writers Museum team on point

We’ll open our discussion on inspiration to the chapter on A.J. Finn and Gillian Flynn. They met up at the American Writers Museum in Chicago to talk about Finn’s debut novel, The Woman in the Window, which had just reached the top the New York Times Bestseller list.
Oh yes, we are here for this smart thriller and sassy discussion…as well as the buddy comedy that could come out of their friendship and playful stories.

A.J. Finn (https://www.facebook.com/ajfinnbooks) appeared in conversation with Gillian Flynn (Gone Girl, Dark Places) (http://gillian-flynn.com/) to discuss his novel The Woman in the Window. (https://www.harpercollins.com/9780062678416/the-woman-in-the-window). His book has been called “2018’s first must-read thriller” by Barnes & Noble Reads and it has a great deal to do with the set-up:

“Anna Fox lives alone as a recluse in her New York City home, unable to venture outside. She spends her day drinking wine, watching film noir and suspense tales, recalling happier times . . . and spying on her neighbors.

Then the Russells move into the house across the way: a father, a mother, their teenage son. The perfect family. But when Anna, gazing out her window one night, sees something she shouldn’t, her world begins to crumble—and its shocking secrets are laid bare.

What is real? What is imagined? Who is in danger? Who is in control? In this diabolically gripping thriller, no one—and nothing—is what it seems. It isn’t paranoia if it’s really happening . . . “

It was especially inspiring the hear how Alfred Hitchcock, film noir and Agatha Christie influenced their writing in book and film form. Yes, The Woman in the Window is a modern take on Hitchcock: “Rear Window for the 21st Century” from a female POV, according to A.J. Finn. Time is ripe for this perspective and Finn has already sold the screen rights. (Yes, my noir friends, you’re correct: “The Woman in the Window” is the name of a film noir from 1944. We’ll see if there’s a title change. Or next visit I’ll have to ask if that title was on purpose…)

A.J. Finn is a gender-neutral pseudonym. Many women writers have pseudonyms in this way to gain traction. “Finn” made this choice based on several other factors: he had worked in publishing and did not the writers he had edited to be disconcerted by seeing their publishers name “writ large” across a hardback. Though he can be found online, using a pseudonym gives him a greater level of privacy: “I’m not particularly interested in a novelist’s biography. I never read the flap. I’m buying their novel, not their memoir,” said Finn. Gillian Flynn chimes in that she may call her next novel “A.J. Finn, A Boy”. The audience enjoyed the rapport between the authors as friends, industry experts and best sellers.

Listen in to Carey Cranston, President of the American Writers Museum, and the authors as they discuss what it’s like to find out you’ve just hit the top of the NY Times list: https://vimeo.com/254762146

“New York gets a lot of credit as a literary city. But don’t ever forget Chicago!” Gillian Flynn shares how honored she is to have the American Writers Museum in Chicago.

Listen in to more of their conversation about the movie rights, Chicago connections and being steeped in suspense:
https://vimeo.com/254769789

Both authors quite personable during the meet and greet. The American Writers Museum team was very welcoming as well. I’m proud to say I’m a new member and will be a regular in the scene.

The mission of the American Writers Museum is to engage the public in celebrating American writers and exploring their influence on our history, our identity, our culture, and our daily lives.

Save the date for these upcoming events: https://americanwritersmuseum.org/calendar

Celebrating Black History at the AWM
SIGHTED EYES/FEELING HEART: SCREENING AND DISCUSSION
Friday, February 9, 6 p.m.
The life and work of visionary playwright Lorraine Hansberry is explored in this documentary. The screening will be followed by a discussion from filmmaker Tracy Heather Strain.

Before the Oscar nomination, here’s the book that started it all:
CALL ME BY YOUR NAME: READING AND DISCUSSION WITH ANDRÉ ACIMAN
Tuesday, February 20, 6:30 p.m.
The author of the book that inspired the film sensation discusses the story of a sudden and powerful romance that blossoms between an adolescent boy and a summer guest at his parents’ cliff-side mansion on the Italian Riviera.

Tanti auguri Simonetta as she is celebrating her birthday and Philadelphia Eagles win this week!

Thanks for your comments and intriguing ideas over the last week! You have a few more days to share your U2 “Davanti” open scene song suggestion for our contest, which runs through February 11, 2018. Learn how”: http://thewishwall.org/desideri/dreaming-out-loud-with-u2-friends-u2360gradi-it

Next week we’ll look at how “Collaborative Digital Marketing” provides a sense of purpose about what we are doing on social media as authors. Tune in with my guest author and BooksGoSocial.com Founder, Laurence O’Bryan.

I hope you’ve found inspiration and a fresh perspective for your projects to help them succeed.