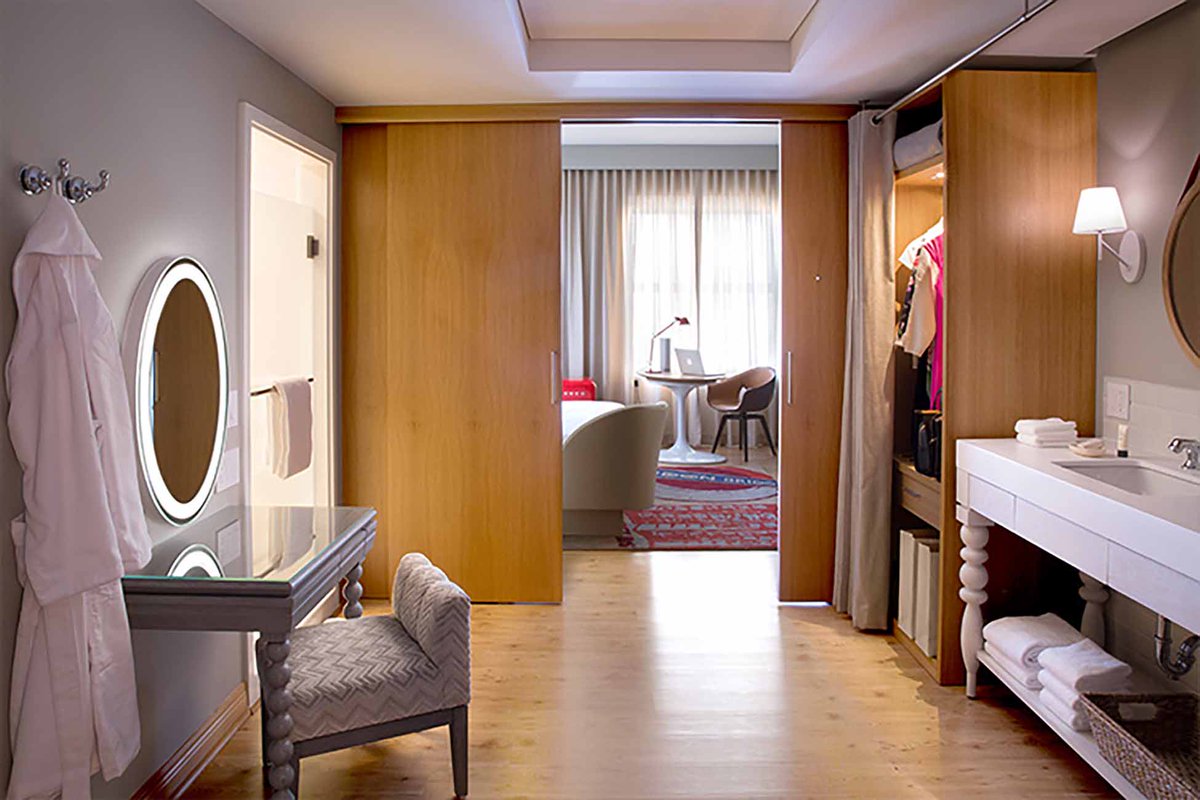 “Every risk is worth taking as long as it’s for a good cause, and contributes to a good life.” ~Sir Richard Branson
[Photo courtesy of Virgin Hotels]

This week we’ll get a global, local and leader perspective on success as an entrepreneur. Sir Richard Branson as a globally recognized entrepreneur, who has even been knighted based on his entrepreneurship!

Richard founded Virgin Records and opened a record store on Oxford Street, London, in 1972. After building a recording studio, The Manor, the first Virgin artist, Mike Oldfield, recorded and released ‘Tubular Bells’. Virgin Records went on to sign household names from the Sex Pistols to The Rolling Stones, becoming the biggest independent label in the world.
Virgin is now one of the world’s most recognized and irresistible brands and has expanded into diverse sectors from travel to telecommunications, health to banking and music to leisure. There are now more than 60 Virgin companies worldwide, employing approximately 71,000 people in 35 countries. Richard become the only person to build eight billion dollar companies in eight different sectors, including Virgin Hotels.

“Virgin Hotels Chicago has fast become our readers’ favorite since it opened its doors in 2015.” ~Condé Nast Traveler

The first Virgin Hotel was built in downtown Chicago, just minutes from the Magnificent Mile. They have gone the extra mile to make their food, space and ambiance stand out, instead of just blending in as just another place to spend a night.

Congrats to the Virgin Hotels team, they are the top hotel in Chicago for the second year in a row! I am based in Chicago and I often take a staycation for inspiration as I’m writing my travel thriller series. I’m a member of Choose Chicago with Nando Milano as we participate in Restaurant Week, First Bites Bash and James Beard Week. Year-round I can be found at Miss Ricky’s for brunch or light diner bites.

We raised our glass to you with this toast: “It is a great honor to be named the #1 hotel in Chicago for the second year in a row by the readers of Condé Nast Traveler,” said Raul Leal, CEO of Virgin Hotels. “In a city with many outstanding hotels, it’s an honor to be recognized and we’re so proud of the hard work our team puts in everyday to make Virgin Hotels Chicago the inviting and lively gathering place it is today.”

Moosah Reaume is Carmelo Anthony’s ex-personal chef. He’s developed a la carte and prix-fixe menus at Commons Club to bring out the best of his eclectic culinary background.
The Commons Club is equal parts fancy hotel, beautiful people and local charm; it’s a bar-restaurant that sits on what was the floor of a former bank. I’m intrigued to try Chef Reaume’s new dishes in the next week!
And of course, Cerise Rooftop at Virgin Hotel is the cherry on top. I’m often at Cerise with friends for sunset, small plates and stellar photos. Thank you Abby Geha, Director of Marketing, and the Cerise team for hosting my photo shoot when I went Pro on Influence.co in April! Cerise Rooftop has just closed for the season, but I’ll be back to celebrate the first sign of spring from my favorite perspective.

Location, location, location…
Are you deciding on the right place for your business?
In Sir Richard’s Entrepreneur blog he has this advice: “It can be more cost-effective and easier to build a new business online and market directly to your target audience through social media. Nowadays, when people are searching for a business, the first thing they do is turn to Google. So it’s important that your business has a strong online presence.
But, of course, there are some industries where a shop presence is still essential, and yours may be one.

The final piece of advice I would offer for opening a new location is to engage with the community. When we opened the first Virgin Hotel in Chicago in 2015, we put on a parade and supported the city’s NBA team, the Chicago Bulls. Show people you’re pleased to be there, and be willing to foster community spirit. The community will repay you with support, promotion, affection and kindness; and may become the best business advocates you have.”
Oh, not *just* a parade: Richard Branson recreated a scene from “Ferris Bueller’s Day Off”, a Chicago classic, to celebrate the grand opening of the first Virgin Hotel in Chicago. Check it out: https://youtu.be/jVYhq1l8xL8

The entrepreneur journey is on-going, so thank you for helping us celebrate success with Virgin Hotel and the Chicago community as we gather inspiration along the way. Odds are excellent that I’ll host an entrepreneur event at Virgin Hotel.

In the meantime, celebrate some of your success this week!
We welcome your comments below.