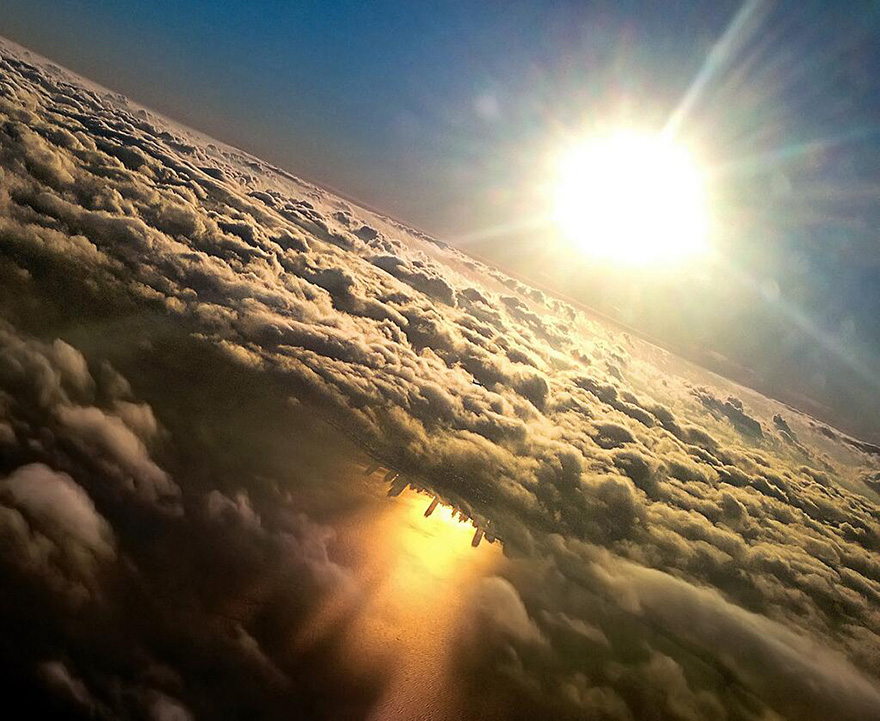 “If you were born without wings, do nothing to prevent them from growing.” ~Coco Chanel

Thank you everyone who supported and shared images from our first 2 events and shared as we #GoGold with Teen Cancer America. We have 2 more events this month, so read on to learn about this campaign: http://thewishwall.org/desideri/future-entrepreneurs-power-of-giving-back.

This week we take to the skies. I love that quote from Coco Chanel! We are here to help grow your wings and ideas with inspiration for Future Entrepreneurs from Boeing.

When an entrepreneur wants something intensely – s/he gets it.

William Boeing saw a sea plane soaking over Seattle in the early 1900s when he was a timber merchant and wanted to go for a ride in it. The pilot showed him the inside of the plane with only 1 seat. William Boeing tried again with another pilot – only to be refused. Mr. Boeing finally flew SITTING ON THE WING of a plane, strapped in with a harness– but he flew! Shortly after that Boeing decided he wanted to make planes.
Here the lesson is not about wanting to build airplanes; it’s about marveling at opportunities and then making it happen.

Create a great product. Orders and demand will follow.

Bill Boeing’s first order came from New Zealand – after the U.S. Air Force declined to buy his first plane! After Bill Boeing went to the U.S. Air Force to sell his planes and they had refused – then he went to the U.S. post office and convinced them that the airplane would deliver America’s mail faster…
They bought the idea and Boeing launched a great business thanks to his plane. Later, the Air Force bought Boeing planes and since the planes were so superior, the war pilots in fear of their safety began to chant ‘If it ain’t Boeing – I ain’t going!!
Find a way to make your product and service the best so people will no longer consider an inferior option. The rest will take care of itself…

Bill Boeing was summoned by Washington politicians after a few years of his success and was told that the government would be forced to break down his company into 3 pieces (mail, airline and plane construction) because it had the contours of a monopoly. The government broke the Company down and in turn broke Bill Boeing’s heart. He went on to sell his shares in the business and had no commercial interest in Boeing from that day on.
Tough months or years can take a real toll on the entrepreneur. We must find a way to stay above ground.

This is an amazing story of being in the right place with the right amount of chutzpah. One of Boeing’s test pilots known as Tex Johnson was flying a new plane over Seattle, when he realized that it was the day of the annual Air Show. Seattle’s leading decision makers in the field of Aviation were assembled below.
Tex Johnson took his new Boeing Plane over the lake and…and proceeded to do a DOUBLE BARREL ROLL with a mighty airplane over the heads of stunned on lookers!
The massive crowd was stunned into silence.
On the following Monday, Tex Johnson was called into the CEO’s office and given a big dressing down – when asked ‘What the HELL he thought he was doing, he replied ‘I thought that I was just selling airplanes’…
In the next few weeks, Boeing got orders for 200 PLANES – thanks to that massive visibility and actual demonstration of the plane’s strength.
Tex Johnson retained his job and the rest is history.

The U.S. government allotted the Series ‘700’ to Boeing for its airplanes. Logically, the first plane should have therefore been Boeing 700. Instead it was the Boeing 707.
Why? The Boeing marketing team felt that 700 was too blasé while 707 had pizzazz!
Well, 50 years ago that was really clever marketing!
What can you come up with to help yourself stand out instead of blend in?

Marketing is more than throwing money at a product.
Brain storm to come up with your 707 strategy instead!
Here are some thought starters to help your ideas soar:

Thank you for reading and we welcome your comments below.
Cheers & fair winds!
Akasha Lin
Akasha Garnier for The Wishwall
Author, Brand Expert, Filmmaker
http://www.akashagarnier.com