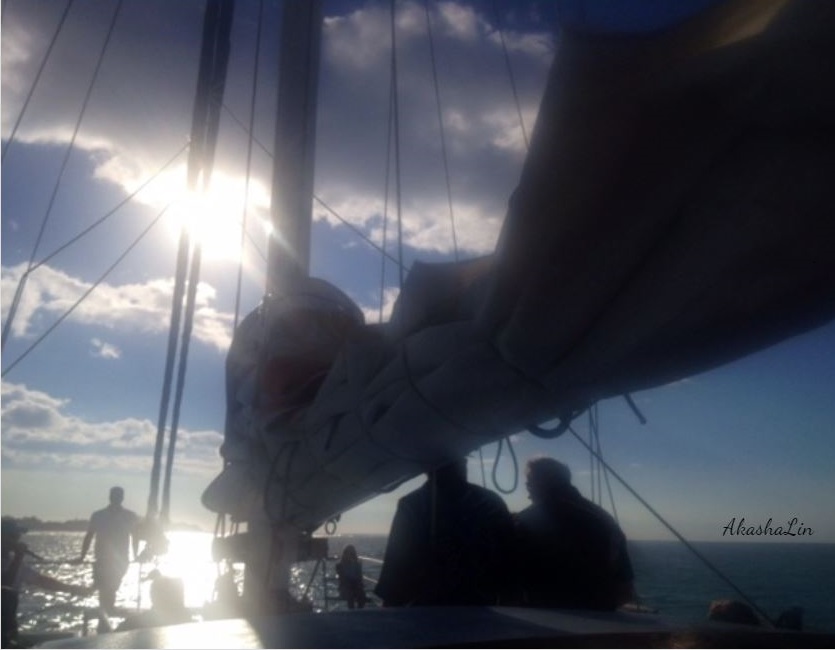 This week we look to broad perspective through the lens of “Maiden”, a docudrama about Tracy Edwards, and sailing. Edwards was the British sailing captain who led the first all-female crew in the Whitbread Round the World Race in 1989.
The Alex Holmes film is inspiring in several unexpected ways. At the time Tracy Edwards could get no position on a boat besides that of cook, which sparked the idea of an all-female crew. Yet even when she had a crew and a rebuilt yacht (named Maiden) in place, she couldn’t find funding from any of the usual sources. No one was interested in supporting a female crew.
It is also jarring to see the hostility of the British sports press. Sailing journalist Bob Fisher referred to Maiden as a “tin full of tarts.” A comment like that would never have flown in the United States as late as 1989. But it did across the pond then.

Tracy Edwards is a fascinating figure, partly because she seems so average. Following the death of her father, when she was 10, she had a miserable childhood. She dropped out of school. Her interest in sailing came up as sudden and intense, like a squall. Nothing in her background suggested that she would be able to skipper and navigate an around-the-world journey.
But as the documentary shows, Edwards and her crew managed to prove the naysayers wrong during their historic 1989–1990 race—persevering through innumerable challenges and violent weather to not only complete the race, but thrive on the high seas. Their story is an inspiring one, and remarkably relevant to the Time’s Up era—even though it took place nearly 30 years ago.
Check out the trailer, and look for Maiden on the big screen through this summer.
https://youtu.be/OMBM10cBhIs

I left “Maiden” feeling like I too could do something incredible like sail around the world. But watching what Edwards and her crew accomplished lets me live vicariously through their achievements and cheer them on. “Maiden” is the best kind of crowd-pleasing documentary and shows what competitions can be at their best when everyone gets a chance to dive in and thrive.
My wish is for you to be inspired by the film and story of perseverance.