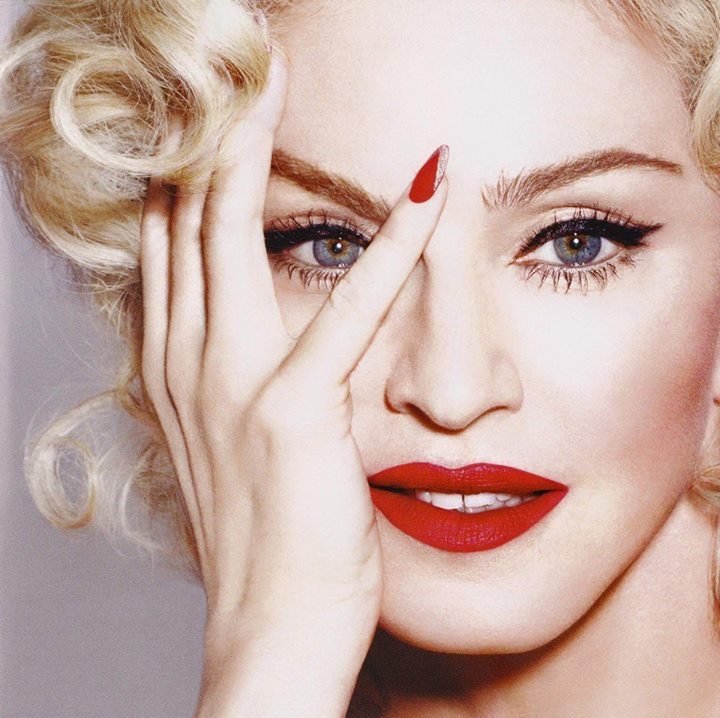 “I hope that I inspire women to believe in themselves, no matter where they come from; no matter what education or background they have.” ~Madonna

Hope you enjoyed a rejuvenating Labor Day holiday if you are in the U.S.
Last week we shared bright spots of humanity in hardship during the Harvey storm. We send our best wishes to those in the path of Irma as well.

I wanted to get back on track with insights and ideas to keep you inspired as an entrepreneur. I traveled to celebrate a birthday with a good friend, and took time to end the summer on a high note. We were excited to catch the first show of the third leg of U2’s Joshua Tree 2017 tour in Detroit (more on that later).

During our travels in Detroit, the subject of Madonna popped up. The discussion revolved around how her star has remained  bright and relevant since the 80s, and how she brilliantly  diversified and managed to keep her brand alive along the way.

I actually took a university course on Madonna in college, so I was aware that she grew up in the Detroit area. Madonna scored a dance scholarship to the University of Michigan School of Music. Her dance studies helped refine her discipline and introduced Madonna to her first mentor. The Madonna course centered on business, yet the Madonna brand can be likened to many successful business enterprises. Her music industry success comes to mind first, but she has also laid out valuable lessons for current and future entrepreneurs.

Material Girl. Provocateur. Icon. Trailblazer. She is more than an image, and entrepreneurs should take note of Madonna as a savvy businesswoman: Billboard magazine and Cranfield School Management have gone so far as calling Madonna “America’s smartest businesswoman.”

In 2014, she  topped a list of the world’s wealthiest recording artists, besting a list of musicians including Paul McCartney, Jay Z, Beyoncé and Celine Dion.

While her music industry success is apparent, what is less obvious, are the valuable lessons entrepreneurs can learn from Madonna.

1. Think Differently.
Madonna has been a trendsetter for years. As one of the first artists to demonstrate the power of music videos in promoting an album or to offer live performances that border on performance art, she ushered in an entirely new era and approach to entertaining.
She remains the youngest recipient of the MTV Awards’ “Vanguard Video Award,” just 2 years after “Like a Virgin”.

If Madonna had not thought differently about how music is brought to the public, pop artists who followed in her footsteps may not have found success. While some of her trends have caught on more than others, she has never been afraid to think differently. The ability to think outside the proverbial box and create something fresh is one of the most important and essential elements to being a successful entrepreneur.

The latest Madonna news comes from the Madonna’s Instagram, where she posted two images with captions explaining that she is moving to a new country after falling in love with the “energy.” “The energy of Portugal is so inspiring. I feel very creative and alive here and I look forward to working on my film LOVED and making New Music!!!” she wrote. “This will be the next Chapter in My Book! It’s time to conquer the world from a different vantage point!!”

2. Age is a State of Mind.
Madonna embodies the idea that age is a state of mind. She also is not shy about calling out ageism when it rears its ugly head. Madonna mentions that she has experienced people “… judging me by my age… Because women, generally, when they reach a certain age, have accepted that they’re not allowed to behave a certain way.” Ageism — especially towards women — is prevalent in the business world, and entrepreneurs can learn from Madonna’s defiant response. Her refreshing answer to ageist critics: “I don’t follow the rules. I never did, and I’m not going to start.”

3. Diversify Madonna owns this arena: Madonna has promoted (or been the icon behind) top brands like Pepsi, Max Factor, Gap, H&M, Louis Vuitton, Time Warner and now her own skin care line: MDNA). In addition to that, she has starred in 26 feature films and 3 plays, as well as become a bestselling children’s author. Her ability ensures that she does not stick to music alone because she has that legendary instinct in business and branding.

4. Redefine Relevance Madonna has managed to sustain her reign as the ‘Queen of Pop’ since the early 80s. How? She is constantly renewing her appeal to different types of music lovers, not just her followers. By collaborating with Justin Timberlake, Pharrell Williams, Nicki Minaj, Broadway Theater and the Super Bowl, she was able to pull in not only the young audience but R&B, sports and theatre lovers as well. Savvy.

5. Take care of yourself. As an entrepreneur, your personal health and mental well-being is of the utmost importance. Remember how importance balance is in work and life. You need physical endurance to make the full journey, which is full of ups and downs, and uncertainly. The current and future entrepreneur journey is physically, mentally, and emotionally demanding. Madonna is a great example of someone who keeps herself in prime physical condition. When she sensed a need for a change, she moved to a new country!

6. Know Your Market.  Madonna knows what the market wants and acts on it. In 2009, the highest earners in music moved from record sales to those with best-selling tours, Madonna’s Sticky and Sweet world tour topped Bill Board’s moneymakers chart with a revenue of $242 million, which was $100 million more than her nearest competitor Bon Jovi. She did this by recognizing that in order to continue to maintain a successful business, you must be willing know your market; she did that by signing a mega deal with Live Nation, the largest concert promotion company in the world while ensuring that she retains 90% of gross touring revenues and 50% of endorsements.

Some may discount Madonna and chalk her up as faded glory; she has continually rebranded and made herself relevant in the market while gaining new exposure. You do not need to buy her music to know that Madonna’s business acumen is legendary. Madonna is a true pioneer and entrepreneur who has blazed several trails to guide others.

7. The show must go on.
Perhaps the biggest lesson entrepreneurs can glean from Madonna? When Madonna was caught up in her cape during her live performance, she stumbled down the stairs. And she got right back up and resumed performing – without missing a beat. When you fall –and you will–pick yourself up and keep going, because the show must go always go on!

Entrepreneurs can never stagnate; they must remain dynamic and able to change to meet the demands of a growing market.
Invest in yourself: Schedule at least 45 minutes of reflection time this week.
Consider these questions, then express yourself:
I recommend writing or typing your answers, as the best way to tap into your stream of consciousness:
• What have I been afraid to do in my dream or business for fear or “rocking the boat” or being “too edgy?”

• What new technologies, markets, product innovations, or distinctive services can I offer?

• How can I go beyond what currently is currently used to create an appetite for a new product or solution?

• What ideas do I have that I can validate and get to market before my competitors? What client needs can I solve before anyone else?

• What established platforms or distribution channels are my target customers already using or buying from? How can I leverage them to get my product or service in front of these customers?

In college I was inspired by the course on Madonna and her work; I choreographed, produced and directed my first music video with my Minneapolis radio station friends. It was a challenge, but as I recommit myself to my next book and film, I am reminded of the how invigorating it was to complete those projects. Doing that first video taught me a great deal about timing, locations, editing and marketing. Thank you, Madonna, for the on-going inspiration and we look forward to your next chapter.
In closing, just imagine how good it will feel to invest in yourself and your ideas.

Wishing you a bright week.
Thank you for reading and we welcome your comments below.

A special thank you and shout-out to the hospitality community in Detroit! The last time I had been in Detroit was when college friends and I were driving through it on the way to a Madonna concert in Toronto; our families warned us of the dangers of downtown. The city was aware of their reputation and has been working on better safety and warmer welcomes. The team and food at the DoubleTree Fort Shelby were outstanding. The city of Detroit has done a good job of rebranding, so I wanted to say “Thanks, and we’ve noticed.” 🙂