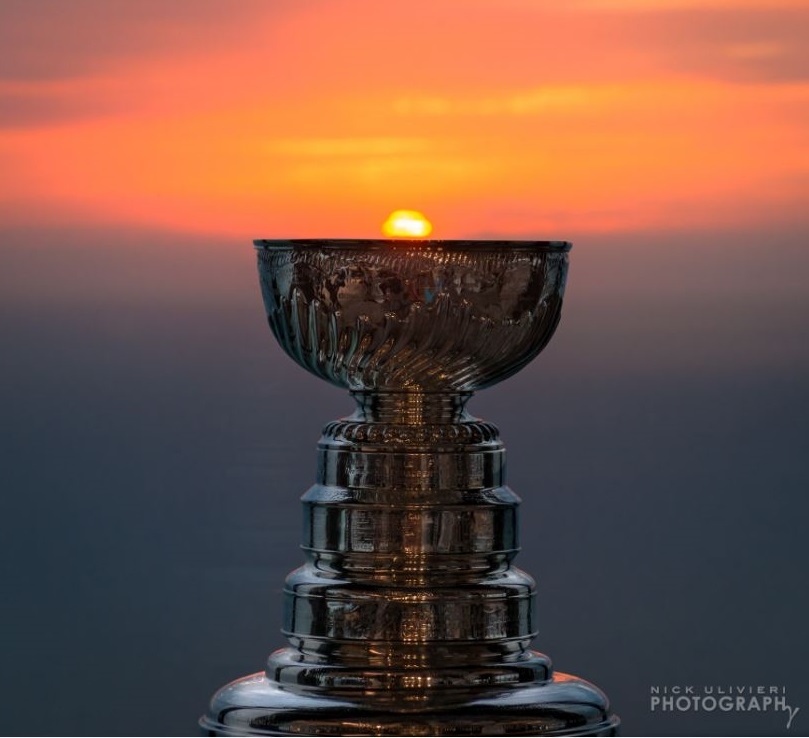 I write the Future Entrepreneur blog to help inspire our readers with a range of stories and brands on the path to becoming their best. Some of you know that I started with a look behind the curtain of the World Series Champs, the Chicago Cubs. ICYMI: http://thewishwall.org/desideri/champion-choices

Last week I had a chance to soak in stories with some of the key Chicago Blackhawks at the Blackhawks Convention at the Hilton Chicago (#BHC2019). Yes, there’s enough excitement for the ‘Hawks in Chicago to sell out a hockey event in July. The Chicago Blackhawks organization (http://blackhawks.com) has won 3 Stanley Cups since I’ve lived here, and they give the avid fans a lot to cheer about.
I wish to share 3 inspiring highlights to help our readers keep improving.

1. Showtime
Patrick Kane thanked his fans for their on-going support with a panel chock full of game-winning highlights and a glimpse at the lighter side of being hockey’s “Captain America”.
Bob Verdi, the Blackhawks’ historian sat down with P. Kane in the largest ballroom, packed with fans and media. This was billed as a one-on-one discussion, but Hawks’ Hall of Famer Denis Savard made his way to the stage and several stories. Patrick Kane shared an anecdote about how Savard, his first NHL coach, was encouraging during his rookie season: After continued practice Kane perfected his signature no-look spin-around that has scored a slew of goals, and added hundreds of helpers (assists).
Verdi’s dry humor was on display he playfully razzed the Hawks’ video techs staff for not putting up video clips he and Kane wanted to show the audience. They discussed a new bobblehead the Hawks will give out to commemorate the 10th anniversary of the 2010 Stanley Cup champions. Verdi added a slick burn: “It’s a 2010 retro bobblehead, right?” Kane asked.
Verdi pointed to Kane’s blonde mane IRL and replied: “More hair?”
Kane answered: “Yeah, more up top, less on the side,” with an affable smile.
Patrick Kane reminded us that even when training at an elite level, it’s important to have fun and entertain our audience. He then thanked the audience again and Verdi for being a real person in the media. We could see Kane’s relaxed demeanor instead of his practices NHL soundbites, and it was refreshing!
Patrick Kane showtime highlights: http://www.espn.com/nhl/player/_/id/3735/patrick-kane.

2. Charisma + Connection
Another standout panel consisted of 2010 Blackhawks Stanley Cup champions Kris Versteeg, Adam Burish, Bryan Bickell, Dave Bolland and Patrick Sharp swapping memories about the Hawks’ journey to their first title in 49 years.
Patrick Sharp and Patrick Kane still tweak each other about Patrick Kane’s game-winning goal: Sharp still enjoys promoting the false persona that he’s a selfish player and was upset that Kane scored the Cup-clinching overtime goal instead of him.
“I remember I was wide open in the slot and Kaner decided to shoot it,” Sharp joked.
The team was a close-knit group of mostly young players who loved to win and weren’t afraid to celebrate. Adam Burish remembers playing for the Sharks as he wrapped his career and offering to set up a team dinner after the Sharks won their first-round playoff series.
Burish was told that wouldn’t happen, that they would celebrate only if they won the Cup. He told the Sharks that the Hawks’ parties grew progressively bigger after each round of the playoffs.
“It’s a big reason why the Blackhawks have won three Cups,” Burish said. “And a team like San Jose has never won it.”
Kris Versteeg shared moments of being yelled at by Coach Queenville, and feeling like he’d never get off the bench. Still, the talent and line-up on that 2010 Blackhawks team overshadows the tough moments.
“I’d put that lineup against any lineup in the Cap era,” Versteeg said.
We also sat in on the “biggest bromance in the NHL” with the Blackhawks Talk Podcast live from the Blackhawks Convention. Alex DeBrincat and Dylan Strome joined Pat Boyle and Charlie Roumeliotis to break down their long-time friendship, share stories of their time playing with Connor McDavid and look ahead to the upcoming Blackhawks season.
Hear their backstories, rivalry and bonding: https://www.nbcsports.com/chicago/blackhawks/blackhawks-talk-podcast-alex-debrincat-and-dylan-strome-live-blackhawks-convention

3. Healthy Competition
On the first day of the team’s annual fan convention, Coach Jeremy Colliton talked about relishing “a chance to roll things out in a systematic way with a plan, a teaching progression, and the amount of practice time and video and conversations that are needed to really nail down how we expect the team to play.” The 34-year-old Colliton was invited into a challenging season for his first head coaching job in the NHL, replacing the well-loved Quenneville with the team in the middle of an eight-game slide. Chicago struggled to adjust to Colliton’s style, losing the next 16 of 20 games with him behind the bench.
But Colliton and the Blackhawks got better the longer they were together, going 26-15-6 in their last 47 games. If they can string these strengths together, they could put an end to the postseason drought in a city that partied with the Stanley Cup in 2010, 2013 and 2015.
With an especially active offseason of trades and acquisitions Colliton and his coaching staff relayed the importance of healthy completion that brings a whole new energy the core players and new prospects. There will be chances for new players to secure a starting spot when training camp begins in September.
And speaking of healthy competition…the Hawks brought in Kendall Coyne for some fun on the first night for the variety show. We all cheered on her accomplishments as the fastest woman on ice:
https://www.washingtonpost.com/sports/2019/01/26/kendall-coyne-schofield-becomes-first-woman-compete-nhl-all-star-skills-event!
I wish everyone a great time in Chicago at #Lolla! Our top blog ICYMI:
http://thewishwall.org/desideri/future-entrepreneurs-lessons-from-lolla
Thanks for reading and we welcome comments below!