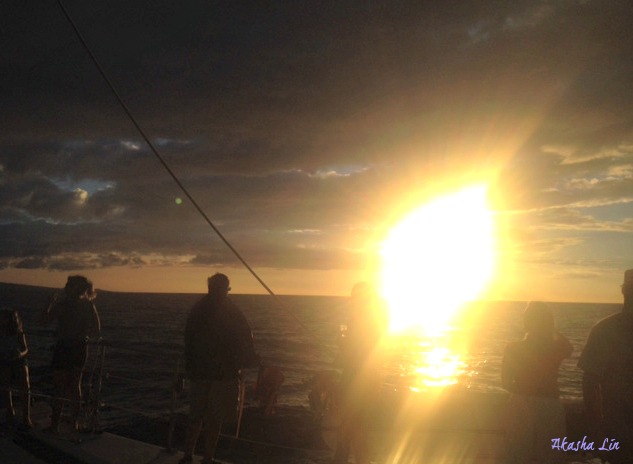 Spotlight on the Generation Gap

Much of America is watching what comes next in the saga surrounding the Cambridge Analytica data scandal as Facebook’s business model on is on trial, with critics calling into question its targeted advertising practices and effect on user privacy.
Several questions directed at CEO Mark Zuckerberg were very general and didn’t show an understanding of the platform or the price of the data breach. Shout out to Senator Dick Durbin from Illinois who helped everyone hone in on the issue: Durbin did what few could do at Tuesday’s combined Senate Judiciary and Commerce committee hearing investigating Facebook’s abuse of its users’ private data. He cracked Mark Zuckerberg’s otherwise stiff facade.

“Mr. Zuckerberg, would you be comfortable sharing with us the name of the hotel you stayed in last night?” Durbin asked.
A look of panic crossed Zuckerberg’s face. After an awkward five-second pause, “ums” and nervous laughter, Zuckerberg responded with a firm “no” and a sheepish smile as the crowd burst into laughter. [From https://slate.com/technology/2018/04/dick-durbins-questionat-the-senate-congressional-hearing.html]

The average age of Members of the House at the beginning of the 113th Congress was 57.0 years; of Senators, 62.0 years. The generation gap is apparent in the line of questions and lack of pressing Zuckerberg for answers. We’ll see how that plays out.

In the meantime, let’s look at a new study that sheds some positive light on the issue by identifying the ways in which these generations are alike, rather than how different they seem to be [https://www.campaignlive.com/article/consumers-expect-brands-friends-study-finds/1461335].

Marketers face the challenge of catering to incongruent audiences, often spanning from Boomers to Gen Z. Brands find themselves in a vicious cycle of chasing the wants, needs and desires of each group, and then needing to refine the message to fit the platform, which as we all know by now is constantly in flux, as well.
Their findings reveal that five themes: anxiety, visual media/video, family value, content as mood therapy, and loyalty, all apply when looking at 4,000 respondents representing Baby Boomers, Gen X, Millennials, and Gen Z.

“Consumers across all generations want and expect the same things from brands as they do of their friends and family—reliability, authenticity, and the feeling like the brands ‘get’ them and what’s important to them at this point in their lives—whatever that point may be,” explained Jonathan Steuer, chief research officer at Omnicom Media Group, told Campaign.

Here’s a breakdown of the key findings, by major theme:

70% of participants reported regularly keeping up with current events
77% claimed “I worry about what the future holds”
67% responded that they felt “my generation’s American Dream has been turned upside down.”

87% surveyed stated “family is the most important thing to me”
82% claimed “my friends are like my family.”
There’s a general theme surrounding today’s parent-child relationship in which sharing media content brings them closer together. More parents are associating the activity with sharing a childhood memory. Gen Z and Millennials felt just as strongly about the correlation, with 38% claiming they influence what content their parents engage with.

Half of the consumers surveyed said they use media clips as a regular communication mechanism. As far as which generational group uses memes to interact with others the most, Gen Z-ers came out on top, followed by Millennials, Gen X-ers and Boomers.
Viewer influence is especially paramount these days with participants claiming that if they “love a video, show, or movie,” they will make sure their friends watch it, too. [I feel we all can relate to this. There’s a viral video that has my real name that people of all generations offer to show me about every other day: Hey, have you seen this?! “…honey, just listen.” https://youtu.be/TP8RB7UZHKI Yes, I’ve seen it, thank you! 😉 ]

Across generations respondents said that video provides them with identity and mood benefits. Specifically, 86% of Millennials and Gen Zers reported that they target their search for content based on how they’re feeling at that given time.
Certain life stages, like becoming a new parent and moving out, especially fuel the need for content that offers a type of mood therapy per the chart below.

Regardless of generation bracket, respondents claimed that key characteristics of brands that they’re loyal to include authenticity, reliability, and inclusivity.
75% of those surveyed claimed that they’re most loyal to brands that make a tangible effort to put out relevant advertising and that is reflective of their personal values and interests.
> So, ask yourself, what content are you producing to address these areas of interest?
> Why not plan out your content to fall into some of these findings to help increase your reach with the same post?
> Value your time with a smart post that does more in one fell swoop…or slays 2 birds with 2 stone (so violent?), or works as a “twofer”…
> Perhaps split the difference on using exclamation points!! (Millennials tend to use them regularly, Boomers, not so much.
> Schedule 20 minutes to write down ideas to help reach these goals. These ideas will help you get to the next level and shine through the noise. Your brand is worth it.

There are fundamental difference among the various generations that can’t be ignored. It’s also important for brands to establish a balance with the similarities that are common across them. “Right now, a lot is going on culturally that people are responding to in a united way. Specifically, an underlying desire for messages channeling security and comfort, a shared feeling of entrepreneurship, and a rising trend of engaging with media as dialogue and as a mood management system,” as highlighted by Slaine Jenkins, VP at Insight Strategy Group.

Thanks again Sen. Dick Durbin for your smart line of questioning and for your support on education and ending poverty with ONE Campaign [https://www.one.org]. Learn more here: http://thewishwall.org/desideri/unity-world-aids-day .
Thank you for reading and for your emails. We welcome your comments below (+ videos that people always want to show you 😊).