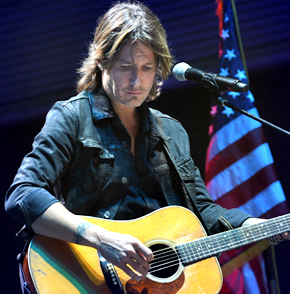 The body heals with play. The mind heals with laughter.
The spirit heals with music & joy. #ShineThroughtheNoise

As I have in other weeks when our world is in mourning, I hit pause to pay respect to the lives lost and the people affected by this tragedy. The domestic terror attack in Las Vegas claimed the lives of at least 59 country music fans attending the Route 91 Harvest Festival, leaving another 515 wounded.

I am very grateful for all the support with my first #ShakespeareSunday theme (sailing & ‘The Seven Seas’); we had six countries join in and we were a top in trend in the UK and The States, even on a busy news day. That was a bright spot of the week, and it was wonderful to hear how many people enjoyed stretching their creativity and getting on board with a fun theme and supportive team. The “Let’s Play Two” Pearl Jam and Chicago Cubs film premiere was invigorating, and I highly recommended it if you feel like you need a lift this week https://pearljam.com/letsplaytwo/screenings

We must all find ways to go on and get through this. I will be back next week to talk about making our brands memorable.

This story from Rolling Stone and this poignant version of “Bridge Over Troubled Waters” especially resonated with me. Best wishes to friends in Las Vegas, to healing and to constructing ways to get through this.

Hear Keith Urban deliver a poignant version of Simon and Garfunkel’s “Bridge Over Troubled Water,” at a vigil for Vegas Victims
https://youtu.be/TGIV5K3lP80
[“Bridge Over Troubled Water,” released in 1970, was Simon & Garfunkel’s final studio album and their greatest success. The title track won an unprecedented five Grammy Awards, while the complete record won Album of the Year, and has been certified 8X platinum. Even as the duo was coming apart, their partnership produced a transcendent work of art that appeals to a diverse audience to this day.” ~Simon & Garfunkel website]

Despite a distance of 1,800 miles, the horror of Sunday night’s deadly mass shooting in Las Vegas hit close to home in Nashville. The domestic terror attack claimed the lives of at least 59 country music fans attending the Route 91 Harvest Festival, leaving another 520 wounded at an event that almost exclusively featured Nashville-based artists like Jason Aldean, Jake Owen and Big & Rich, along with their Music City-based road crews and scores of Music Row and country radio insiders, whose work combines forces with the dedication of country music fans to make the genre the juggernaut it is.
As Vince Gill, singing loudly and strumming delicately, started into the second verse of his 1994 ballad “Go Rest High on That Mountain,” mourners, lit candles in hand, slowly began rising out of their seats one by one, two by two and then in groups, in silence, without needing to be told.

Keith Urban, who told the crowd he was “shell-shocked” upon learning of the shooting Monday morning, sang loud enough to be heard across the Cumberland when delivering a devastatingly emotional version of Simon and Garfunkel’s “Bridge Over Troubled Water,” which included a brief, tease of Tom Petty’s “Free Fallin'” – a subtle tribute to the late rock legend.

Urban spoke of explaining the Vegas shooting to his 9-year-old daughter on the drive to school. “These were innocent people, horrifically taken,” he recalled explaining. “They’re like family. It’s the one thing about country music that’s always been at the center of it, and that it is [a] community, it’s about community. And so I did know those people in that way, and it just really hit me.”

By the time Gill – whose wife, fellow country star Amy Grant, led the crowd in prayer and a moment of silence – was performing the first of two renditions of “Amazing Grace” (which Krauss and the Cox Family would close the 35-minute presentation with later); strong winds had blown out the candles. But Esten reminded mourners that didn’t matter. “Those aren’t the lights that matter. Why don’t you go out and you be the light, ” he said before seeing the crowd off by urging them to donate to the Music City Cares Fund, [https://www.cfmt.org/story/help-victims-las-vegas-concert-shooting] a charity set up by the Community Foundation Tennessee to aid victims of the shooting in Las Vegas.

“Death visited two places where people were simply doing the things that give life meaning and give life joy,” Mayor Barry said of Vegas, also noting this was the second week in a row members of the Music City community had congregated to mourn victims of a mass shooting. The previous Sunday, a lone gunman opened fire on worshippers at a church in the Nashville suburb of Antioch, killing one and wounding eight others. “We shouldn’t have to worry about gunfire in those places,” Barry continued. “And you certainly shouldn’t have to worry about dying.”

This week, the Las Vegas massacre was called this an “act of pure evil.” So, what, then, are we willing to do to combat “pure evil?” The answer can’t be nothing. It can’t.
“This time, it was a concert in Las Vegas. Last time, it was Republican congressmen and their staff under fire on a ball field. Last week, Representative Steve Scalise returned to the floor and was greeted with a bipartisan hero’s welcome. It was the kind of moment that gives you hope that Congress might work together for the common good. And the bar is so low right now that Congress can be heroes by doing literally anything: Universal background checks. Or come up with a better answer…”

My wish is that we find an answer to guns, mass shootings and gun control from the streets of the cities that come to mind (like Chicago, New York, Los Angeles, Detroit and Las Vegas)…to concertgoers, schools and incidents of revenge. It is a nonpartisan issue in our community, affecting peace and people we love. As entrepreneurs must take care of our community and do better to keep it safe.

Yes, I believe we can and will find an answer. Let’s hold on to hope. I have my own answer of what I will do to reach out to my representative and ask for a bipartisan solution.
Reflect on a next step that that work for you.
Thank you for reading and for your emails. We welcome your comments below.