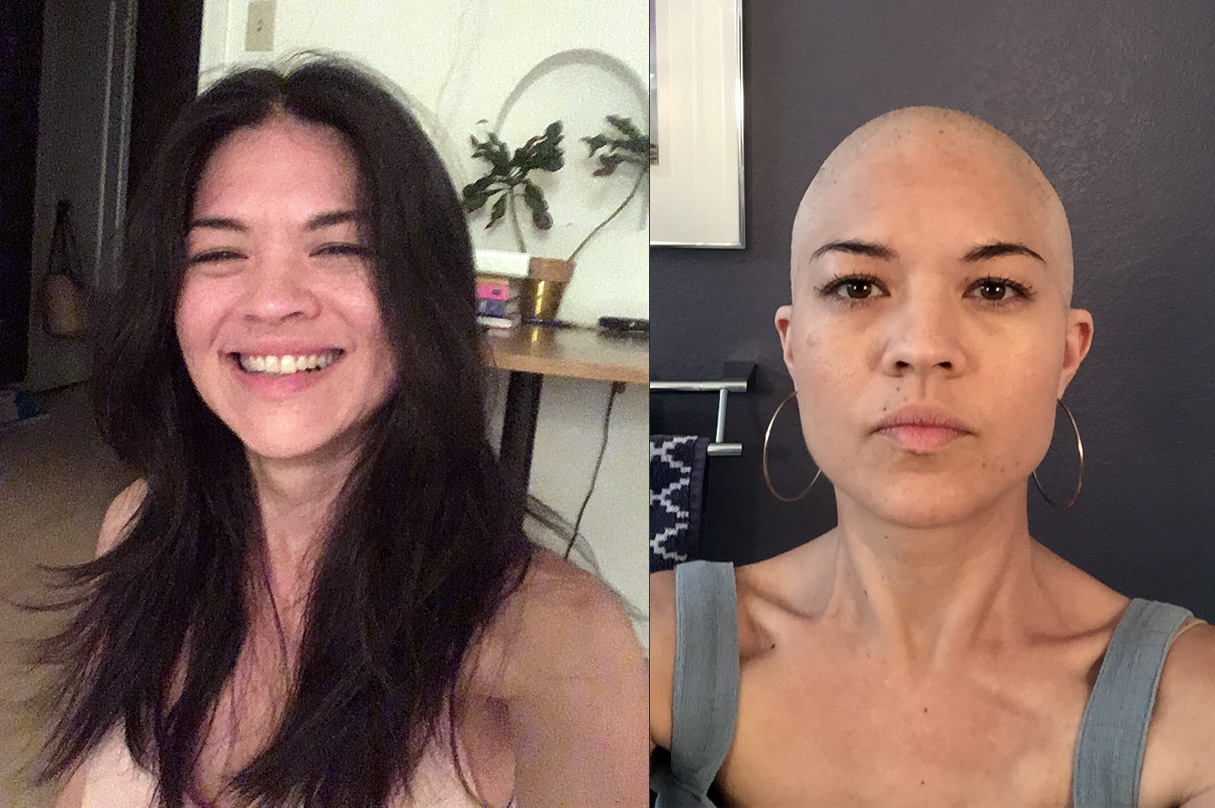 Help a cancer victim show the power of love, spread the MESSAGE of love, and encourage people to be tested regularly for breast cancer.

The first step is raise funds to helping return Christine to good health, who was diagnosed with Stage IIIB breast cancer last June, and is currently undergoing chemo.

“As a kid I had a very nomadic lifestyle, having lived in several countries around the world, mostly due to my parents’ jobs. It’s an experience for which I’m eternally grateful. While it benefited me with a rich exposure to other cultures, it left cracks in my foundation that others could not see.

The emotional and psychological impact of uprooting and rerooting myself in five different countries before the age of 20 meant I had no sense of home or place in the outer world and my internal world felt incredibly malleable.

“I HAD NO SENSE OF HOME OR PLACE

As a result, I struggled to establish myself in a career, a community, and an identity. Music was the one constant companion that’s managed to stick with me through the rapid series of tectonic life shifts I’d gotten used to. Playing music was something I loved since I was a small child, before all of the moving around began. After the globetrotting started, I clung to it like a life raft because it was the only thing I had that gave me a sense of personal foundation.

I moved to Los Angeles after school and spent three years struggling to break in to the industry. That was when I found myself in the worst job market in recent memory. During that time I had no friends, no money, no life really. The cumulative stress those years of struggle in LA took a debilitating toll on my health, which had a ripple-effect on my life for several years after. Saddled with student loan debt, and my health issues made finding work that would pay the bills and shrink my debt that much harder.

“DURING THAT TIME I HAD NO FRIENDS, NO MONEY, NO LIFE REALLY

Things took a turn for the better when I finally landed my first entry-level position at an independent record label. The pay was low but I didn’t care. That year, everything started falling into place — I had an exciting job in the only world I felt I belonged, I found several great girlfriends, found a charming studio apartment in a neighborhood I loved and essentially laid the groundwork for a new life I could finally live on my own terms.

I also found love, ending up in a great relationship with a man whose presence in my life was a vital source of love and support. By 2018 I was feeling a lust for life I hadn’t felt since I was a teenager. I dove into a forgotten passion, dancing, and started planning trips. I finally felt like I was living and not just surviving.

“I ALSO FOUND LOVE, ENDING UP IN A GREAT RELATIONSHIP

But that year things started changing too, starting with the breakup of my relationship. I spent that year readjusting to life as single me after six years with my now-ex boyfriend. One rift followed another, and by January of 2019 I learned that my closest friend and confidante was moving away to another country. I felt so alone with no support for what was to come.

Around that same time I remember when I felt the lump in my right breast. At the same time beloved cat Smokey had also become ill — vets were concerned he might have cancer. As we both went to a doctor for a diagnosis of a cyst on the same day I found out he was not sick but my news was not so good. I felt like a bomb about to explode from the shock, and explode I did. But the real knuckle on the gut punch was that I was finally feeling GOOD for the first time in my adult life, and now this.

I was ultimately diagnosed with Stage IIIb breast cancer. Since then its been established that I’m going to have a year-long journey fighting this cancer. Treatment is 3-5 months of chemotherapy, followed by surgery, radiation and then five years of hormone therapy.

I’m blessed that I now have insurance, which is helping defray some of the cost, but even with that the medical bills have eaten away more than half of the savings I’ve managed to build, and I’m only two months into a year-long battle. Medical debt is a near-certainty.

I am grateful for the support of the Carol Galvin Foundation.

With your help I hope to avoid backsliding into the downward spiral that poor health and debt can find you in, that I worked long and hard to escape from in the past. I’ll be able to rebuild to a place of vitality once more so that I can give back to all who have given to me.”

We thank the Wishwall for your love, support, and help!