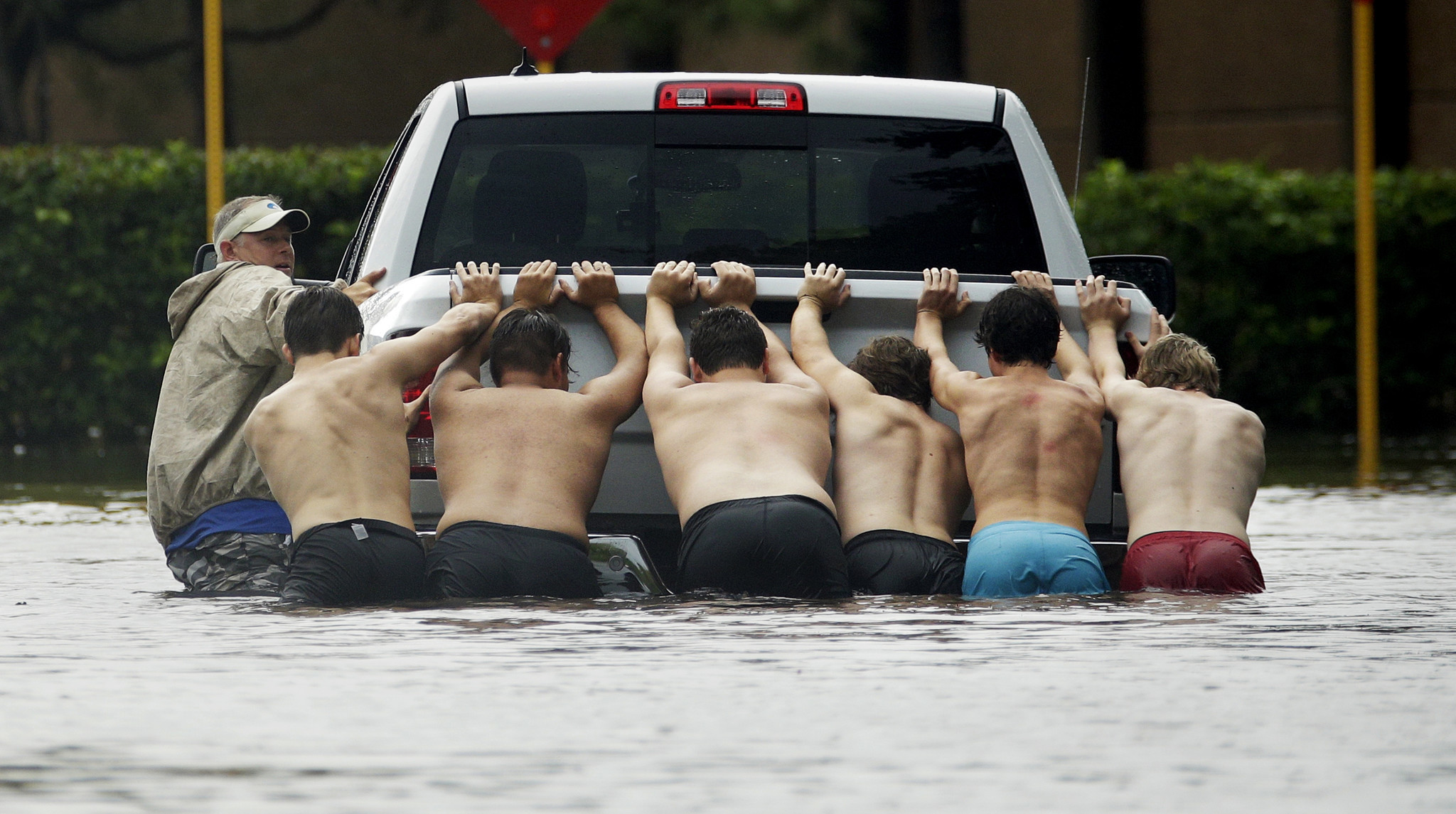 This week I am mindful of the current storms, and fights for survival and normalcy that are going on in the Texas and Louisiana regions. We are turning our thoughts to this current reality and will return with entrepreneur wisdom for your holiday reading.

As I write this, thousands remain stranded in Houston amid rising waters caused by Hurricane Harvey. On social media, many noted that on August 29, 2005, Louisiana residents were dealing with a similar situation caused by Hurricane Katrina. #HurricaneKatrina devastated the U.S. Gulf Coast, killing 1800 and causing $100 billion+ in damage.

I had a connection with personal stories and received my first blog assignment writing about the aftermath of Hurricane Katrina. Valspar Paint hired me to interview Hurricane Katrina survivors as they were returning to their homes and surveying the damage. I listened to their stories and combed through before, during and after photos to share images of humanity in hardship. I was the bearer of good news: Valspar Paint and Habitat for Humanity were donating thousands of gallons of paint to help restore walls and healthy homes. I had looked at a hundred photos of water levels near the ceiling, and keep tissues near my laptop as I wrote the story. Fortunately, I was also able to see photos of the houses after they had been repainted. And I heard the joy in their voices talking about their first Thanksgiving after Katrina. I sincerely hope these families have not been doused again with the current storms.

This week, I want to call attention to some bright spots during these challenging times:
Harvey was downgraded to a tropical storm, but has still dumped 40+ inches of rain in parts of Houston. The storm is expected to dump an additional 7 to 13 inches of rain through Friday over the upper Texas coast and into southwestern Louisiana. Even in such hardship, the best of humanity shines through:

People form a human chain to rescue a woman in labor. Cowboys free a trapped horse. A man dives into rushing waters to save a dog as he goes under. Residents push a stranded driver’s car to safety.
For all the devastation that Hurricane Harvey has brought to the Gulf Coast, there has also been a considerable deal of hope on display as well:

When floodwaters began to carry away an elderly man in his SUV, a band of drivers stopped to help. Dozens joined hands and stretched out until they reached the stranded man. One climbed on the roof of the car to help the group pry open the man’s door to pull him out.
When Molly Akers’ neighbor went into labor, the apartment complex quickly strategized to ensure her safety. “The couple couldn’t reach 911, so a complex wide email was sent out asking for nurses and OB’s,” Akers wrote. “I talked to her husband and a plan was made to move her to the second floor if the water level continued to rise. Suddenly our building was filled with others from our complex showing up to help!”
When firefighters showed up more than an hour later, neighbors formed a human chain so the woman could move from the apartment to the hands of firefighters.

Bystanders brave waters to save animals

A shivering pit bull that was stranded atop a car outside of a garage was saved by a local CBS News crew. The dog, which had apparently been abandoned, cowered as rescuers got closer.
After the rescue, Chris Rogers, the dog’s owner, came forward to defend himself. He said he agonized over leaving behind his dog Blue behind – and told the local TV station that he believed rescuers would go back for the dog. “I just jumped into survival mode,” he said.

When a dog in Lumberton, Texas, was swept away by floodwater currents, a group of men sprang into action. One, wearing a life jacket and connected to a tether, waded chest-deep into the water. Once he had the dog, the other men pulled the pair out of the water. The dog, Bandit, was eventually returned to his owners.
Chance Ward shared several posts of Texan cowboys saving trapped horses. At least one went viral. “There is a lot of sad out of this storm, but I look at the positive,” he wrote in a related post. “I have helped in numerous floods with livestock. We were able to swim in and save four of these horses today.”
Houston residents push woman out of danger
“We got you,” a man off-camera can be heard saying as he and three other men push a woman’s car back to safety. These are some heartwarming examples of people helping one another, no matter the race or religion.
I also want to say thank you to our Twitter family that rallied together to help lift our friends’ spirits during the storms in Louisiana.

Watch out for these scams involving Harvey as well:
http://www.foxnews.com/us/2017/08/31/harvey-scams-abound-as-crooks-prey-on-disaster-victims-and-altruistic-americans.html

I will follow up with branding lessons from Valspar and a special #ShineThroughtheNosie giveaway with Rock Your Messages in the next couple weeks.

Wishing you a fun and relaxing #LaborDay holiday!
Thank you for reading and stay tuned.

Story fleshed out with pieces from the Los Angeles Times. I was not on the scene this time, but to ignore this current state and write about something else seemed callous, in my humble opinion. 🙂