Bono, ONE in Action 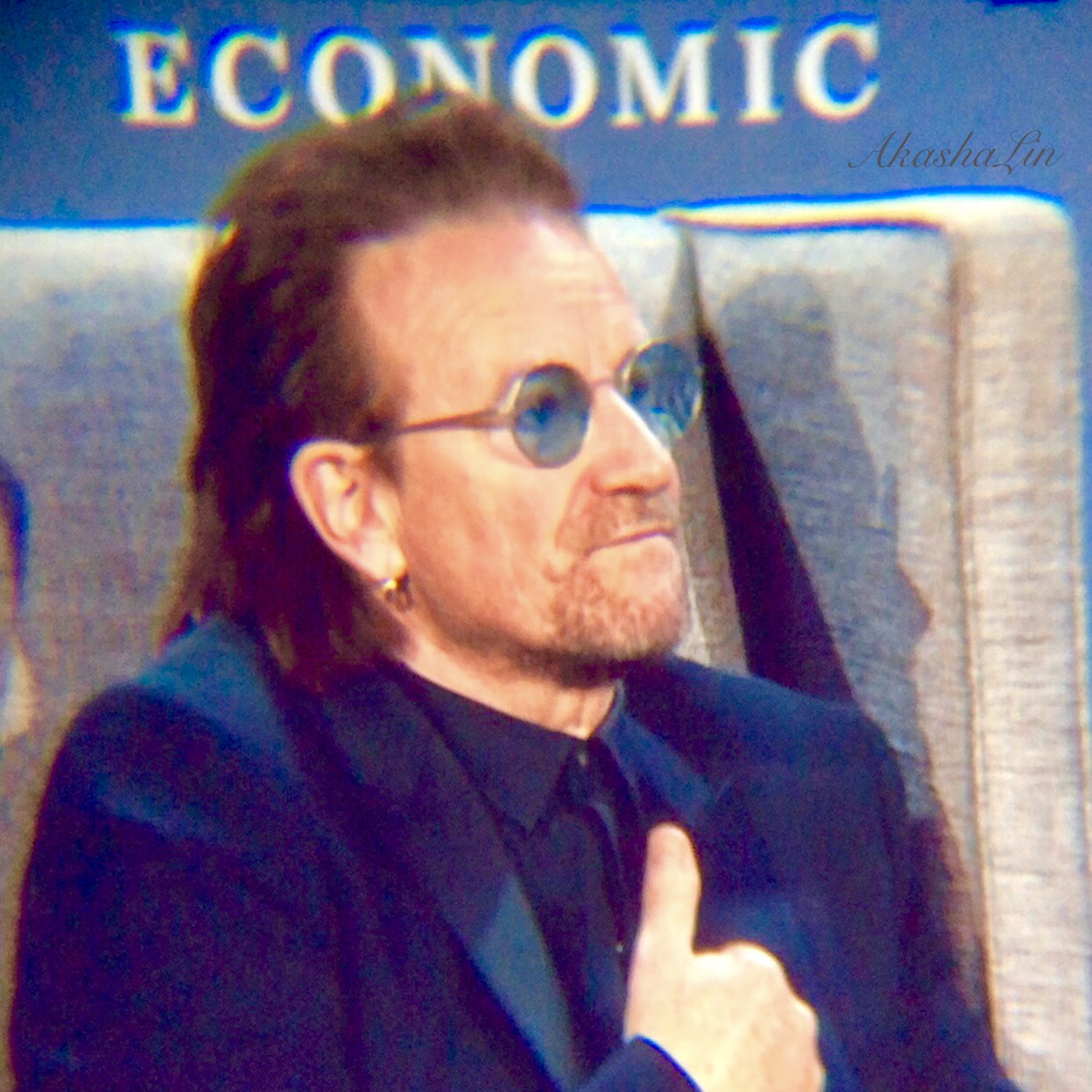 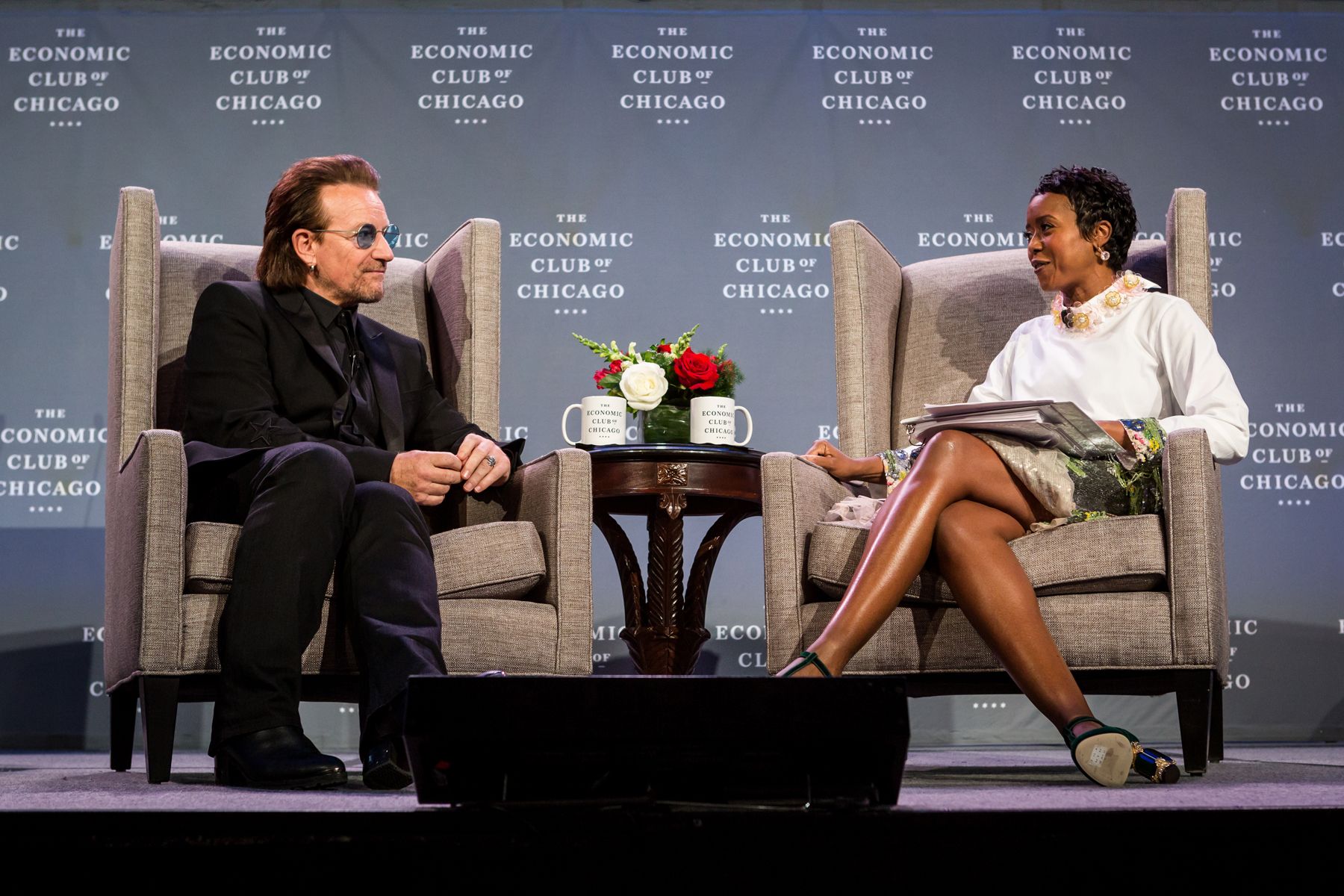 From punk rock beginnings to doing more than dreaming and the highest grossing tour of 2018…Bono, U2 frontman and co-founder of ONE and (RED), spoke at The Economic Club of Chicago on Dec. 6, 2018. Bono participated in a seated conversation with Club Chair Mellody Hobson, president, Ariel Investments. I was honored to be invited as a ONE and (RED) volunteer and member of the press for The Wishwall Foundation.

“Whatever you feel about the NRA – and I don’t like them very much – they’re a very well-organized group and we want ONE to be the NRA for the world’s poor,” Bono said at the Economic Club of Chicago’s private black-tie dinner during a energetic discussion with ECC Chair Mellody Hobson. “With the ONE campaign – if you’re getting in the way of legislation that will make lives easier for the world’s most vulnerable populations, we’re gonna find out where you live [and] we’re gonna camp outside your office!”

The NRA and ONE Campaign comes up as a curious comparison, but Bono is all business when it comes to what ONE means to him: “We have 10 million members, 3 million of them in Africa now, it will eventually be more; we’ll have more members south of the equator than north of the equator,” he said. “Any members here…?” Bono pauses.

[I cheer and clap as a ONE member.] “Great…there’s one of you!” Certainly there are more, including Gayle E. Smith, ONE President and CEO.

Bono has lobbied global leaders, and found the right cadence to share the ONE message and progress on tour as well. During the dinner, Bono gave credit to key wisdom stemming from his father Bob Hewson, Warren Buffet, his U2 bandmates, and the importance of treating art and non-profits as businesses.
Bono underscored the importance of bipartisanship as positive influences for his success and achieving results: “The single biggest intervention in the history of medicine to fight disease was America’s leadership fighting HIV/AIDS, and it was started by President Bush, but it was continued – and this is really critical – by President Obama, and in fact he spent more money on it because he was longer in office,” Bono said. “And the reason that bipartisan support has – and this is a big thing to say, but I know the math – there’s 22 million people in the poor world, in the developing world in Africa, largely, on antiviral drugs because of a bipartisan push, and Americans need to be reminded that what they can do when they work together.” It felt as though those in this room were grateful acknowledging this in troubling times.

And as part of a message for you next chapter, consider this:
“I think the thing that offends me and makes me angrier than anything in the world is the squandering of human potential…including my own. I think that love, if we had to define it is the realizing of potential in others and indeed in yourself. And that’s it for me,” he said. “So whether it’s in your band, wanting everyone to achieve their absolute best, or your marriage or your kids… You never see human potential more squandered than in the dire despair of poverty and extreme poverty and to realize – and I’ve said this before and I hope it’s still not a cliché – that where you live can never decide whether you live. That fucks me up.”

Thank you for your continued support with ONE Campaign: http://thewishwall.org/desideri/world-aids-day-2018-unity

Listen in to the rest of the conversation with Bono:

Thank you for reading and we welcome your comments below.
Cheers & fair winds!
Akasha Lin