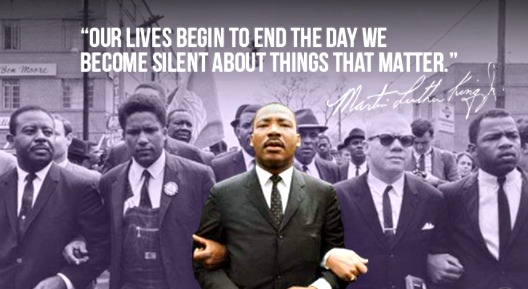 This week we marked the 50th anniversary of the tragic assassination of Rev. Martin Luther King Jr., the civil rights leader the who’s left a lasting impact on America, as the country continues to fight for equality.
As King wrote: “Injustice anywhere is a threat to justice everywhere. We are caught in an inescapable network of mutuality, tied in a single garment of destiny. Whatever affects one directly affects all indirectly.” His words ring true today.
MLK would be helping March for Our Lives and #MeToo, according to his daughter
Bernice King, the youngest of Martin Luther King Jr.’s children, said her father would be ready to help movements like #MeToo [http://thewishwall.org/desideri/future-entrepreneurs-silence-breakers] and the student-led March for Our Lives [http://thewishwall.org/desideri/standing-with-students].

Here’s what she told CNN about how her father would view these modern movements:
“First of all, I think he would be excited. My father never lost hope. Even when it became dark and dismal and looked like his dream became a nightmare. He said he still maintained hope because he knew that there would always be a what he called a “dedicated minority” who would be committed to justice and peace and equity. And to see young people rising up now…he would say that there’s a resurgence. I’m sure that he would be making connections with these movements to make sure that they had what they needed in terms of understanding organizational strategy and planning so that they could bring about effective change.”

Bernice King said she hopes people not only remember her father on this day, but that they also “act in his spirit to bring about the changes that are needed to create a more just, humane and peaceful world.”

I’m inspired by so many U2 friends who acted in his spirit and celebrated Dr. King’s message and memory by posting tributes across 20+ countries:
“Early morning, April four
Shot rings out in the Memphis sky
Free at last, they took your life
They could not take your pride
In the name of love
What more in the name of love…?”

“Pride (In the Name of Love)” from concert film “Rattle and Hum” directed by Phil Joanou
https://youtu.be/5Aa2m1t9y-M

We share the wish that you will act in MLK’s spirit to help create a more peaceful world.

Thank you for reading and we welcome your comments below.