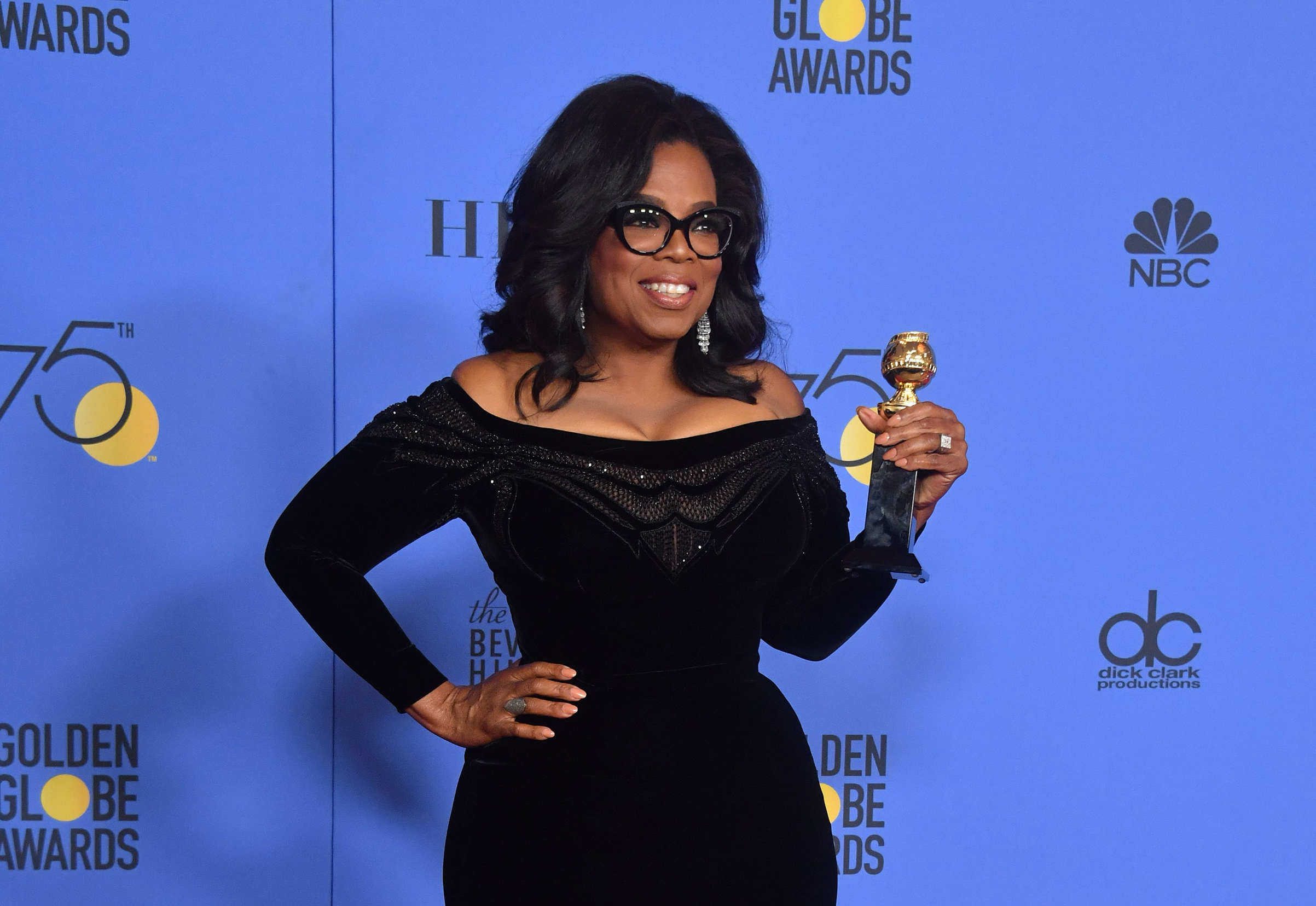 “A new day is on the horizon.”~Oprah, Cecil B. DeMille Award speech, 2018 Golden Globes

It has been an honor to be in LA and cover the Golden Globes last night. This Future Entrepreneurs audience has responded to our #DayoftheGirl and #MeToo blogs in 2017, so we continue with the powerful speech Oprah made last night, January 7, 2018 at the Golden Globes.

The Cecil B. DeMille Award is given “to a talented individual who has made an incredible impact on the world of entertainment,” according to the Hollywood Foreign Press. Past honorees include Sidney Poitier, Barbra Streisand, Steven Spielberg, and George Clooney.

The audience rose to their feet and remained standing as Oprah Winfrey sent a message to “all the girls” watching her speech.
“I want all the girls watching here, now, to know that a new day is on the horizon! And when that new day finally dawns, it will be because of a lot of magnificent women, many of whom are right here in this room tonight, and some pretty phenomenal men, fighting hard to make sure that they become the leaders who take us to the time when nobody ever has to say “Me too” again.”

Winfrey is the first black woman to receive the honor. She was announced as a recipient back in December.
Oprah’s speech comes one year after Meryl Streep used her acceptance speech for the same award to deliver a blistering criticism of then president-elect Donald Trump.

Oprah will next be seen in Ava DuVernay’s “A Wrinkle in Time,” which hits theaters in March 2018.

Wishing you a week of more bright ideas and balance!