Our dear Theresa, we helped putting your killer in jail. R.I.P. 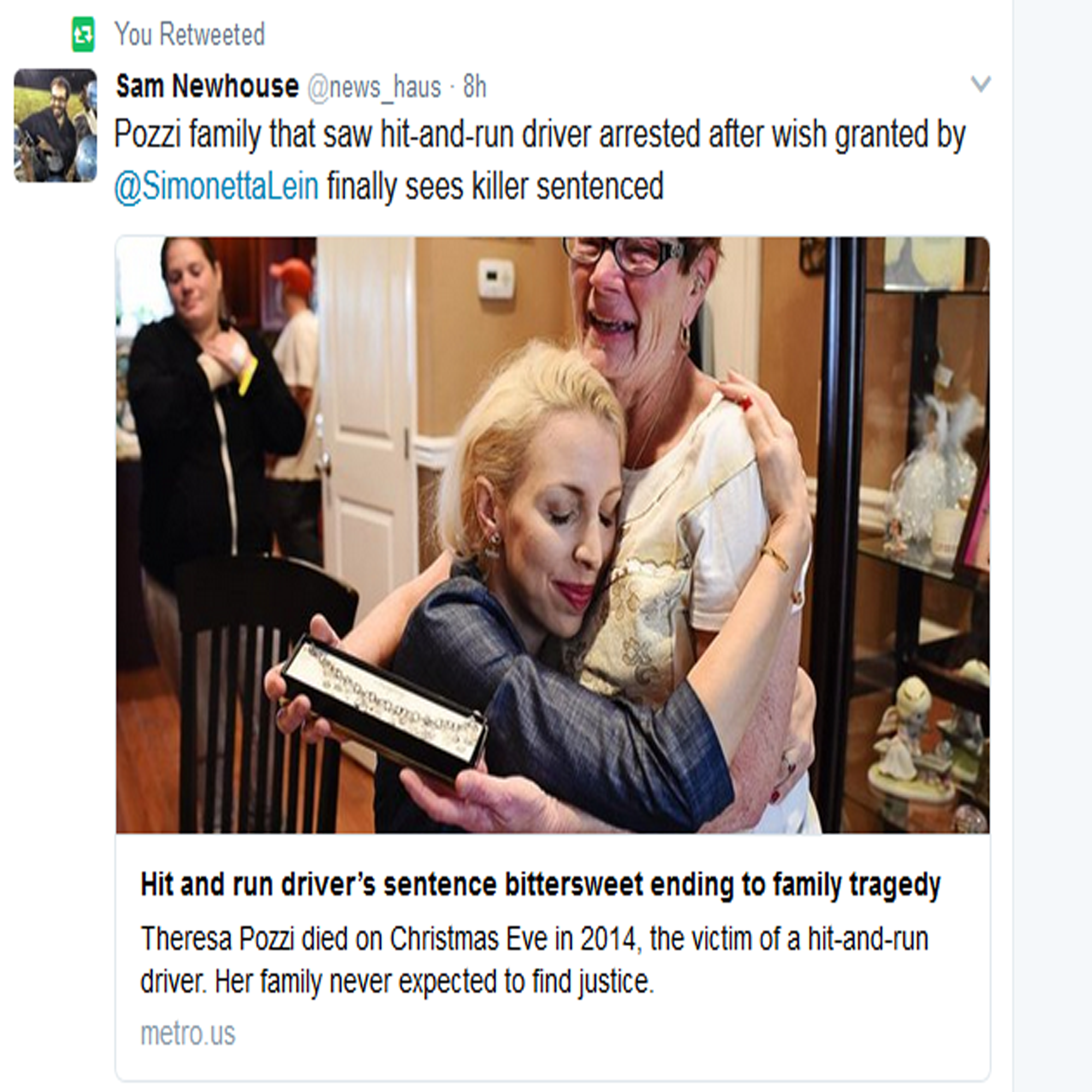 19 Mar Our dear Theresa, we helped putting your killer in jail. R.I.P.

Theresa Pozzi died on Christmas Eve in 2014, the victim of a hit-and-run driver. Her family never expected to find justice.

On Feb. 28 the man, Christopher Cook, was sentenced to 1-1/2 to 3 years in prison, plus seven years probation.

Pozzi’s family said they had accepted the sentence, granted in exchange for a negotiated guilty plea.

“My mother figured that if any of the 12 people on the jury didn’t believe it, he would walk free that day,” said Theresa’s sister, Marie Pozzi. “My mother could not see that. No amount of time would ever bring her back.”

With time served, Cook, 44, could be released in a year.

His record includes previous guilty pleas to assault in 2004 and drunk driving in 2003 and 2005, according to court records.

Theresa Pozzi, 33, of South Philly, was walking to a bus stop on State Road in Northeast Philly that December night when she was struck by Cook, who was driving a tow truck. The impact threw her across the street.

Police only had a piece of a headlight and a brief snatch of surveillance video showing the vehicle as evidence.

But then in fall 2015, Simonetta Lein, fashion icon and founder of the Wishwall Foundation, met the Pozzis after having put up the first ever Wishwall in the Italian Market during Pope Francis’ visit to Philadelphia.

After reading the family’s wish to find Theresa’s killer, Lein arranged for an illuminated billboard to be set up over the scene of the accident, asking witnesses to come forward.

The family’s street was also renamed “Theresa Pozzi Way” with the aid of Councilman Mark Squilla.

Ten months later, in what the family hailed as a “miracle,” police received tips leading them to charge Cook with Pozzi’s death.

Lein, who was happy that Cook was finally caught, did not agree with the sentence.

“It’s crazy that he only got one and a half to three years,” she said. “I don’t understand the justice system. But at least he’s in jail.”